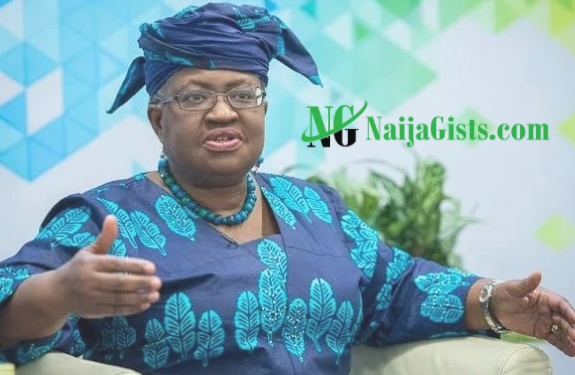 My Thoughts On Ngozi Okonjo Iweala’s Appointment As DG, WTO

With this appointment, 66-year-old Okonjo-Iweala has made history as the first African and the first woman to head the major, yet beleaguered financial organization.

By every inch of it, Okonjo-Iweala, a world class economist, a two-time Nigerian finance minister and foreign minister for a brief period, deserves the appointment.

Considering the drama during her quest for the position, so many Africans, especially Nigerians, in solidarity with her, have generally shown a lot of excitement about this news, as a matter of fact, many cursed when it became clear that the former US president, Donald Trump may constitute himself a clog in the wheel to this destination.

But, is there really a reason for excitement? Yes, “she is one of us, the first African and woman to hold that post”, and so on, yes! But isn’t that all there is to it?

In 1977, the eyes of the entire world were focused on Nigeria as the country hosted the second world festival of black and African Arts and Culture in Lagos.

That event was the cultural climax of the Pan African movement where musicians, dancers, fashion designers, artists, writers, just name it, the entire creative world of black descent everywhere on the planet, from over 70 countries from Africa and Africa diaspora gathered here because they felt and believed, and rightly so too, at that time, that Nigeria was the torch bearer for the entire black race on earth.

Black people everywhere unanimously agreed to let Nigeria host that festival (if it won’t amount to a disservice to call it so) in an unprecedented show of black unity and solidarity, what more, we were a rich country, we were on good standing, and as a matter of fact, Nigeria spent what would be running into billions of dollars today, on that event.

Some of us were born after the event and grew up to the phrase “Festac 77” on this lips of those who witnessed the festival, recalling memories with so much nostalgia. Nigeria had respect then, my father told me how you didn’t need a visa to go to UK that we que up at embassies day in day out today, trying to go to. Our naira exchanged for more compared to the dollar, and as a matter of fact the naira was sold at international foreign exchange markets and in airports around the world. A brand new Peugeot 504 sold for 4000 naira or less, university students were fed at school, in fact my father told me that then, they would use wheel barrows to dispose left over fried plantain. My eldest brother recalled how even up until the 1980s, white lecturers, professors for that matter, lectured 100 level students in most universities. We were indeed a nation!

Apart from what the colonial masters built, most of Nigeria’s best infrastructure, from dams, roads, to stadiums etc. were built at that time. If we had maintained that trajectory, imagine where we would have been today in the comity of nations.

Then, as some argue, scared of what this new torch bearer for the black race worldwide would become and was capable of doing, some powerful foreign interest with local collaborators, like a driver who was driving in an open expressway, heading for his destination at the right speed, the country was yanked of the road and re-routed into a tedious, torturous, endless bush path into the heart of a dangerous forest. Add that to the coups, the lack of maintenance culture we quickly developed, corruption and all that, Nigeria has never recovered from this re-routing of our journey to destiny.

One of the methods that was used to snatch us off that road were some of the policies of world organizations like the International Monetary fund, IMF and World Bank, both of which were founded in Bretton Woods, USA, after the world war, to cater to the economic needs of the USA and Europe. If not, why else would they give loans to African nations under conditions like privatized economies that give access to infrastructure, the raw material and markets of the debtor nations?

General Babangida have been variously accused by many analysts of being the man who institutionalized corruption in this country. In fact, the late Music maestro, Fela Kuti accused him and the late MKO Abiola of blessed memory of being among the agents used for destabilization when he sang his famous “IBB…MKO…ITT…International Thief Thief” song.

If you take stock of all that has transpired in the country ever since, from the coups to the conflicts of interests, resource exploitation and so on, you may not be surprised why 60 years on, we can’t fix roads, solve our water problems, or electricity or end corruption. And today, we have terrorism, banditry, herders’/farmer conflicts and sadly too, ethnic and tribal clash issues to contend with in an era when other nations are talking about stem cell medicine or putting man on Mars.

Pause for a moment and ask yourself that in whose interest it is, really, for Nigeria to be in turmoil.

Experts have insisted that international organizations like the IMF, World Bank and even this WTO are largely responsible for the poverty in Africa through their policies which they armtwist African and developing nations to adopt and implement.

Susan George in her work ‘A Fate Worse Than Debt’ wrote that debt is an efficient tool that ensures access of the powerful nations to the raw materials and infrastructure of weaker nations on the cheapest possible terms. Can we argue with this line of thought when we see what certain foreign interests and China is doing in Africa today?

Have you ever wondered why, with all the raw materials and resources here, with the population and expertise in places like Nigeria, African nations remain heavily indebted to those interests?

And today Okonjo-Iweala, who was former MD of the World bank, who chairs the board of Gavi, a vaccine alliance outfit (remember most Nigerian Christians have issue with the Covid 19 vaccine), and sit on the board of twitter, a company that is not particularly too opened to free speech, is DG, WTO. Why the excitement? What will change?

It is true she helped secure debt relief for Nigeria as finance minister and helped make Nigeria polio free through are work at Gavi, but if things were the way they should be, would we be indebted in the first place?

I am happy she is talking about reforming the WTO but would that really solve the problem of Africa?

She is one of us even though she is also a US citizen, she is the first African, woman to lead the WTO, she has put the Nigerian name in the news for the right reason this time, yes, but I think for now, that’s is about where the excitement will or, should end.

I pray for her success but I’ll be excited the day I see the West and their interests change their policy towards Africa, and the way they do business here, the day we begin to have fair trade deals, have 100% access to our resources and be able to manufacture everything we consume, the day they block their economies to stolen African wealth and pay reparation for 400 years of slave trade, the day they stop supporting or even installing despotic leadership across Africa.

Until then, for now it’s a congratulation to our very own Ngozi Okonjo-Iweala.

Valentine: The Love We Need Now
Of Private Jets And The Gospel Of Jesus Christ