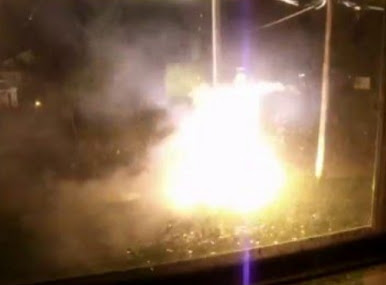 5 people died on Tuesday at Rumuorosi clan in Rumuigbo area of Rivers state after a transformer exploded.

“The transformer exploded and they still brought light immediately. The voltage was so high that people rushed to switch off their gadgets.

One man was fetching water when the thing happened, he rushed to put off his light but immediately he touched the switch, his white eyes came out and he died there. Five people died in the incident.”

“I just woke up and saw people running up and down because people were being electrocuted. The current was too high, in fact it was overflowing and it is PHED’s fault.

“The light killed one shoe cobbler and a couple at Womanda Street. We went to the police to report but when we got to PHED’s office, they all ran away. The police came when we blocked the road to hear us out” .