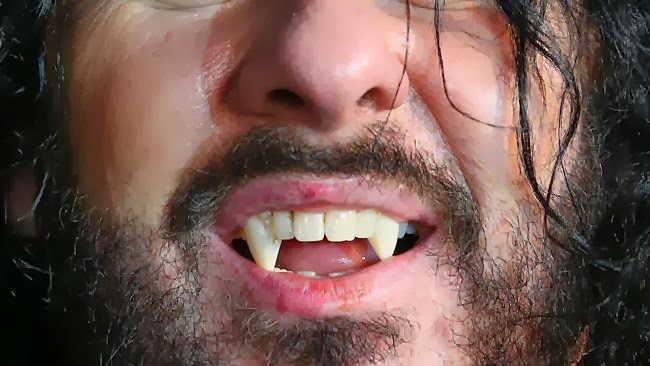 A Papua New Guinea man described as a vampire has been arrested after allegedly murdering his young daughter by biting her neck, eating her flesh and drinking her blood, a report said Friday.

Police called the grisly incident that occurred on Wednesday at a settlement near Lae “an act of cannibalism”.

The PNG Post Courier cited local councillor John Kenny, who was one of the first on the scene, as saying the three-year-old child and her mother were visiting the father when he grabbed the girl and ran off into nearby bushes.

Kenny said the man allegedly held the toddler close to him, bit deep into her neck, ate the flesh and sucked her blood.

Two boys who were climbing a coconut tree nearby saw him and ran quickly to raise the alarm.

“He was just laughing at the boys and continued eating the flesh and sucking the blood,” Kenny told the newspaper.

“The boys were scared and ran quickly to alert the people.”

When people arrived to investigate the man reportedly dumped the body in the bushes and ran away before being caught and turned over to police.

PNG is a sprawling nation where black magic, sorcery and cannibalism sometimes occur.

Last year police arrested dozens of people linked to an alleged cannibal cult accused of killing at least seven people, eating their brains raw and making soup from their penises.

There have been several other recent cases linked to cults, witchcraft and cannibalism, with a man in 2011 reportedly found eating his screaming, newborn son during a sorcery initiation ceremony.