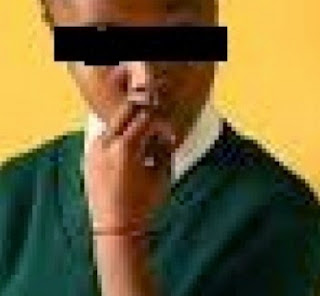 June 29, 2017 – Vice Principal Jailed For Life In Ikole Ekiti For Defiling Girl 12 In His Office

The court sitting in Ado-Ekiti, the state capital, found Ajayi guilty of raping a minor contrary to Section 31(2) of the Child Rights Law of Ekiti State 2012. The convict was the Vice Principal (Academics) at the time he committed the offence on March 18, 2014.

Ajayi lured the girl into his office, locked the door from behind and raped her on the table while blocking her mouth with a cloth. One of the teachers knocked the door but the convict refused to open the door and threatened her not to tell anybody.

Two teachers stormed the victim’s office finding the door locked but gained entrance after about 30 minutes and discovered the shock find of the vice principal having carnal knowledge of the girl.

Justice Monisola Abodunde held that the prosecution had proved the case beyond every reasonable doubt on the strength of evidence placed before the court.

The prosecution was led by Mr. A.E. Arogundade of the Ministry of Justice while the defence was led by Mr. Sule Longe. The convict was first arraigned in court on October 14, 2016 and he pleaded not guilty to the charge.

In delivering the judgment, Justice Abodunde rejected the convict’s counsel’s plea for leniency on grounds that his client is a first offender, father and breadwinner of an aged mother.

Who Is Funding Evans Legal Fight To Gain Freedom? What Happens To Billions In His 4 Bank Accounts?
Crutech Student Joy Odama’s Killer Alhaji Usman Adamu Arrested For Killing Her With Generator Fumes