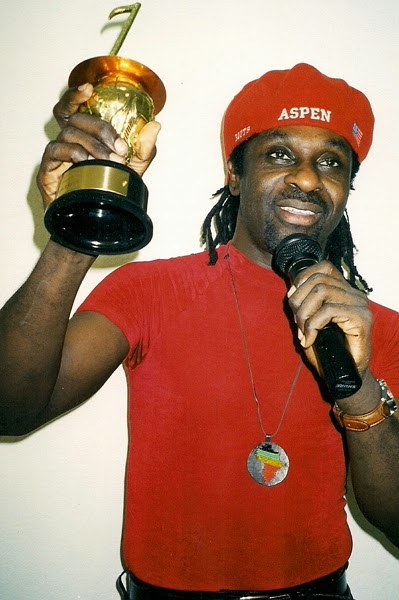 US-based Nigerian Reggae artiste who recently moved back to Nigeria from his base in the US, Victor Essiet of the Mandators Group has narrated how operatives of the Special Anti-Robbery Squad allegedly tortured him while he was preparing for a concert at the National Stadium, Surulere, Lagos.

“On November 29, 2014, I was at the National Stadium with my team. We were to hold a festival there tagged, ‘Africa meets reggae and world music international festival’. We were putting finishing touches on the stage equipment and other settings when I decided to go and change into my stage outfit and get ready for the concert.

“I was in the van I rented, together with one of my workers and a driver. We were driving out of the stadium to the hotel where we lodged which was nearby when I saw some men wielding guns and ordering people to stop all movements.

“I was scared because of the way they were doing. Suddenly, they swooped on my van and hit the driver and pushed him out of the van. While I was still trying to understand what was going on, they injured the worker with me and took him out too.

“Then they started beating me. They opened the main door and other people were hitting the van with guns. They vandalised the van that we hired. After beating me, they brought out shackles and at this point I was really scared because I didn’t know where they wanted to take me to. Some of them were pulling at my private parts very hard and I was shouting and screaming. They pulled the shackles and they cut deep into my legs. People thought they were armed robbers and there was chaos everywhere.”

“they drove me away and drank Red Label in the car like people who were possessed as they kept saying they were going to kill me. We almost hit people about four times on the road. And they told me nobody could interfere with what SARS does.

“When I got to their office, they told me they drink people’s blood and kill suspects every day. That evening, I heard several gunshots and one of them came and said they just wasted (killed) some people like me. He said if not for my popularity, they would have killed me too and nothing would have happened.”

He is suing Nigeria Police Force for N1Billion.