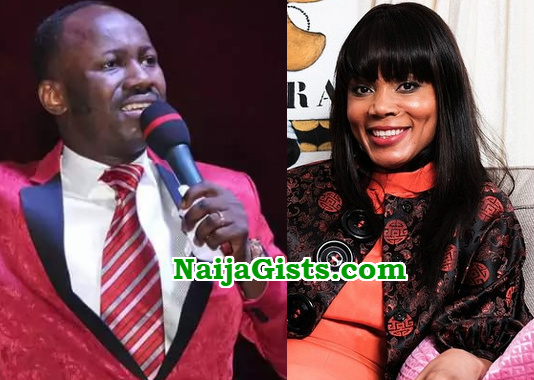 Over the weekend, Apostle Fireman of Auchi, Johnson Suleiman took to the social media to upload a controversial video where he claimed that King David in the bible had many issues because he was born by a mother who was a harlot.

While disagreeing with Suleiman’s claim, Funmi Iyanda said a man like Suleman would do well if he quit preaching for acting.

She took to Twitter to call Apostle Suleman an “Alawada Kerikeri”

Watch the 2 minute clip of Suleiman on King David below

A true man of God would never downgrade the person of King David to make a point mba!!! Fireman is gradually turning into a fire boy….. His fans should pray for him.