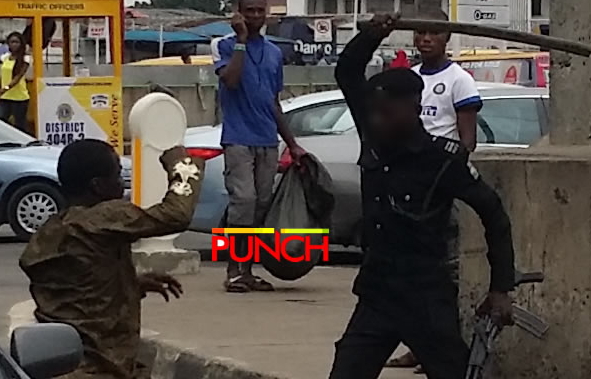 According to eyewitnesses, the mentally ill man dressed in a stylish native outfit  was seen obstructing traffic when he refused to leave the major intersection.

After holding traffic for about  ten minutes, RRS operatives stormed the area to chase him away however, the job wasn’t so each as the man refused to leave.

After several attempts, Rapid Respond Squad operatives successfully kicked the guy out of the busy expressway.

Watch the mild drama that happened in the video below