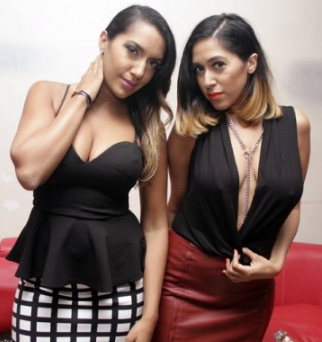 The two desperate Indian sisters who have been using a gossip site to blackmail Nigerians in the past 2 years have finally apologised.

The duo who currently released on bail took to the social media today to drop an apology video to those they have hurt in the past.

The duo might escape justice if Mr Otedola accepts their apology.

Still wondering why they used NaijaGistLive to carry out their criminal acts.