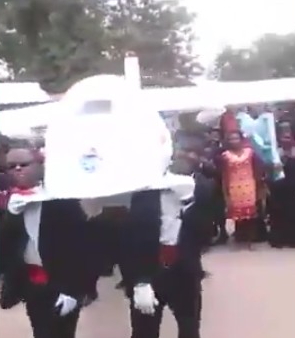 Earlier today, the video of a pilot whose corpse was buried in an aeroplane shaped coffin went viral.

Though it happened back in May of 2015 in a village in Ghana, the same video resurfaced as the daughter of the deceased chose to remember him.

The pilot simply identified as Captain Abuga was buried in full honour as those he helped in his lifetime came together to witness the  talk of the town burial ceremony. 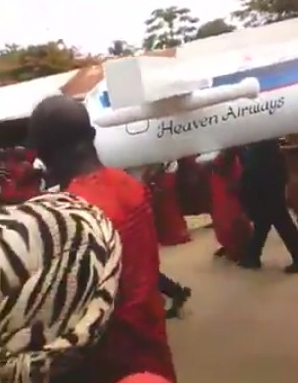 One of his 3 daughters, Priscilla shared the video on Instagram yesterday.