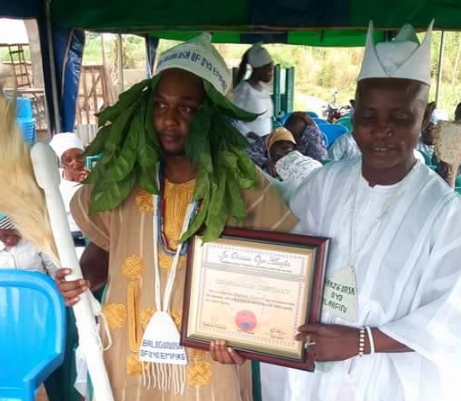 Meet Chief Oke Ajumobi, a prominent Ifa Priest in Oyo state who collected huge money from an American back in 2016 after selling him a fake Chieftaincy title.

He was summoned at the Alaafin of Oyo palace yesterday after his victim reported him.

Chief Oke Ajumobi who sold the title of Balogun of Oosanla, a title reserved for Oyo indigenes  to an American on the 10th September 2016 officially apologised to Alaafin at the Agbala Ogun Hall yesterday. 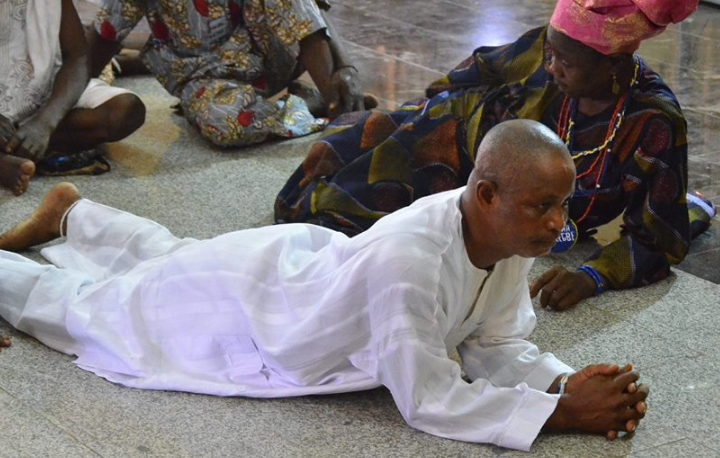 Alaafin who forgave him warned him and others like him to always be truthful and follow the proper protocol for Chieftaincy title conferment. 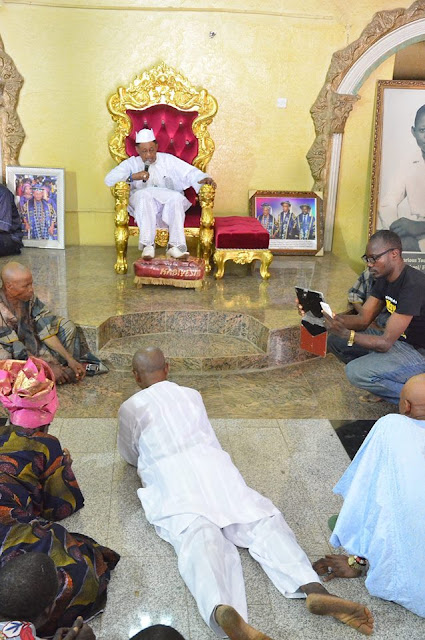