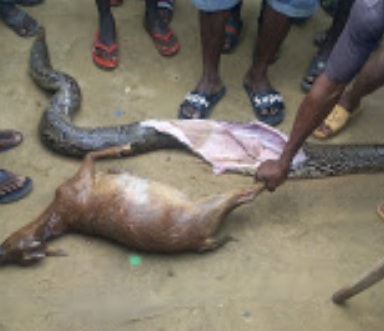 A mild drama played out earlier today in Ijanikin axis of Oto Awori, Ojo Lagos when residents spotted a powerless snake struggling to move hours after swallowing a goat meant for Sallah celebration.

The helpless reptile was captured by curious residents who later found a whole goat inside it.

People soon gathered at the scene as the goat and the killer reptile became Sallah meal.

The snake was dragged out of the compound and taken to Vespa Market where a scene was later created. 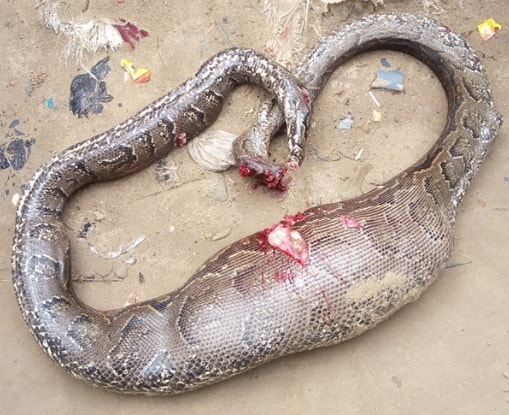 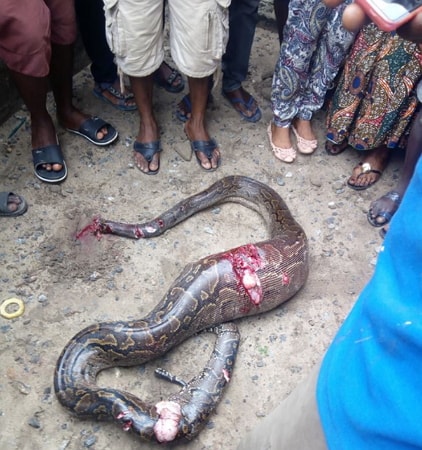 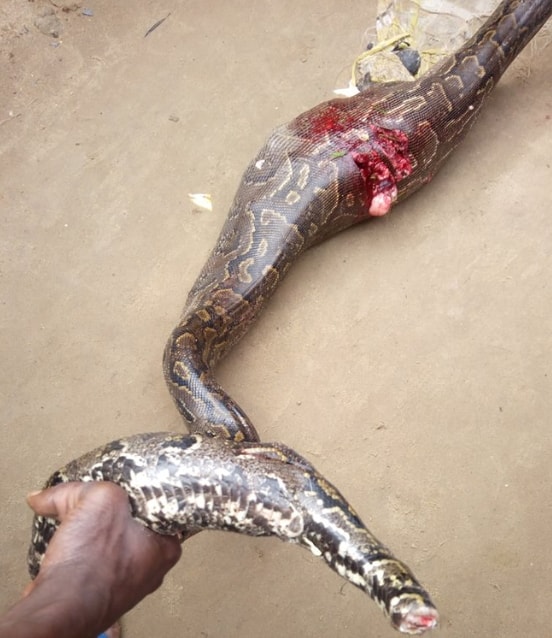