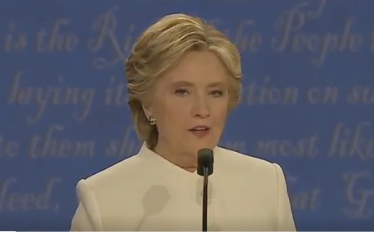 He reportedly attacked Democratic candidate Hillary Clinton while she was responding to a question asked by the moderator by calling her “Such A Nasty Woman”.