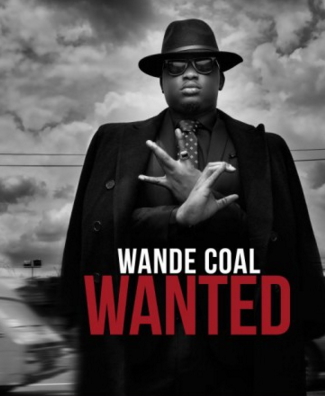 A 43-year-old marketer, Tochukwu Joe has been arrested by the operatives of the Zone 2 Police Command, Onikan, Lagos, western Nigeria, for allegedly obtaining a master recording CD, titled ‘WANTED’ valued at N5m from Henry Udo under false pretence.

The master CD is the property of popular musician, Wande Coal.
The police also alleged that the suspect issued a post-dated cheque with serial No.17054407 of Fidelity Bank PLC for N1.3m to the complainant with the pretence of paying back the money, but when the cheque was presented in the Bank for payment, it was dishonoured on the ground that there was no funds in the said account.

Tochukwu Joe was arraigned before an Igbosere Magistrates’ Court, Lagos on a seven-count charge of felony to wit, obtaining goods under false pretence, issuance of dud cheque, cheating and stealing.

Police prosecutor, SGT Innocent Odugbo informed the court in charge No.I/10/2016 that the accused and others now at large committed the offence in October, 2015 at 27b, Abayomi Shonuga Street, Lekki Phase 1, Lagos.

Odugbo told the court that the accused tricked the complainant, Henry Udo, and collected Wande Coal’s N5 million master recording CD from him with the pretence to sell and refund the proceeds, but instead the accused converted the proceeds realised from the sale of the recording CD to his own use.

Odugbo further told the court that the accused issued a post-dated cheque of N1.3m to the complainant with the pretence of paying back the money, but when the cheque was presented at the bank for payment, it was rejected due to lack of funds in the account.

Odugbo said the offences the accused committed are punishable under sections 409,312(1)(b),321(1),285(1),219(b) of the criminal laws of Lagos State, 2011.
The accused pleaded not guilty to the alleged offence in the open court, and the presiding Magistrate,

Mr Amos admitted him to bail in the sum of N1m with two sureties in like sum.

Amos adjourned the case till 31 March, 2016 for mention, while the defendant was taken to Ikoyi prison, Lagos pending when he will fulfill his bail conditions.