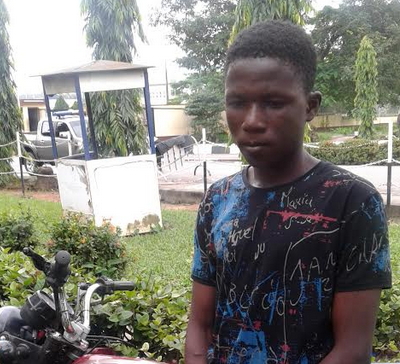 Ahmed Lateef, a 20-year old notorious armed robbery suspect who has been on the wanted list of the Lagos State Police Command, was on Saturday morning arrested in Oshodi by men of the Lagos Rapid Response Squad, RRS, while returning from an all-night robbery operation in Abeokuta, Ogun State.

Ahmed Lateef, a.k.a ‘Ajona’ who has been on the Police wanted list since April, 2017, for a robbery operation in Ejigbo area of Lagos, where two motorcycles and other personal effects were stolen by him and his gang, confessed to have participated in countless robbery operations in Lagos, Oyo and Ogun States. The suspect who is from Oshogbo, Osun State also added that he participates in two robbery operations twice a week in company of Enu – Ose- his other gang member. 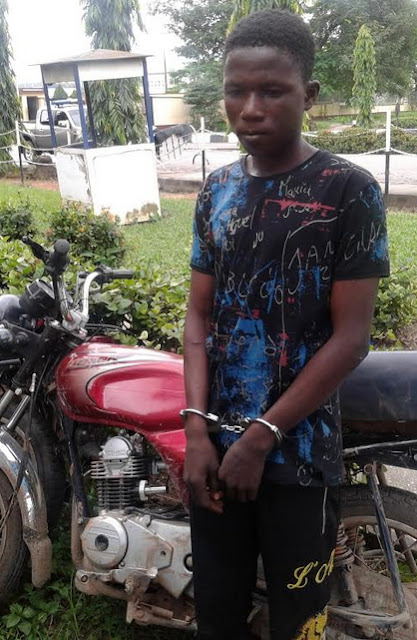 Lateef, who is also an ex–convict disclosed that they went to Kuto area of Abeokuta, Ogun state to burgle a computer and phone retail outlet. He was arrested with a motorbike carrying the registration number of OGUN:MEK 339 WM, which he also confessed to have been stolen in Kuto, Abeokuta.

Lateef revealed that Enu-Ose, a member of his gang who is an indigene of Abeokuta, provided information to the gang about the computer dealing outlet and he also led three other suspects to the Ejigbo robbery, where they carted away two tricycles and two motorcycles amongst other personal effects.

When further quizzed, the 20-year old suspect stated that for every stolen item such as jewelries, phones, motorcycles and latptos; there is always a ready buyer and that his robbery gangs usually hire metal cutters in Mushin for N10,000 per operation. 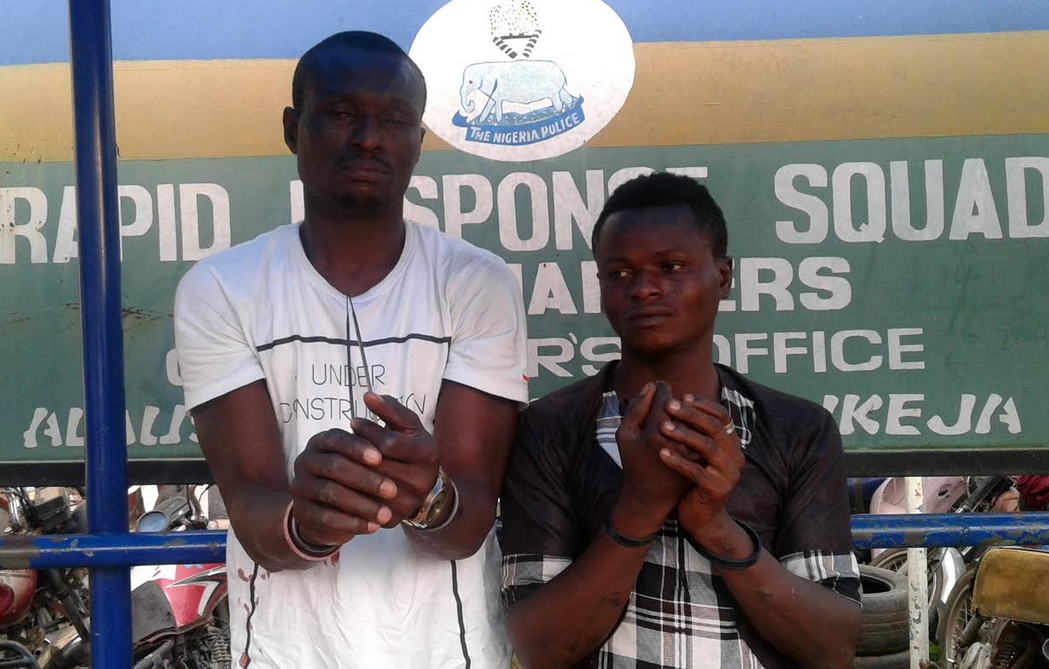 While pleading for mercy, he listed other gang members as Noah, Segun, Lekan, Ishan – Idi, Rilwan, Shile, Ege and Jandor while two of his gang members, Seyi Adebayo (26) and Saheed Funsho (23) alongside two receivers of stolen items have been moved to Lagos State Taskforce for prosecution.

Confirming the arrest, the Police Public Relations Officer, ASP Olarinde Famous – Cole stated that the Command would not relent on its efforts to ensure that Lagos is not a safe haven for criminals.