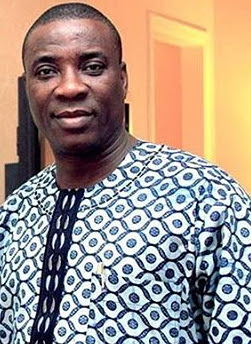 March 12, 2017 – Wasiu Ayinde K1: I Became A Millionaire At 19 While Working As Customs Clearing Agent At Apapa Wharf Lagos

Fuji Legend Wasiu Ayinde who recently clocked 60 talked to Sunday Sun about his firsts in an exclusive interview conducted at his mansion in Ijebu Ode.

My First Day On Stage:

As a professional, I started when I was 15 and ever since I have been doing music.

It was an event I went for on the Island and definitely a lot of people were there. A lot of my mates, junior ones and senior ones. Some saw me and said, “Oh, he is playing music” and those that saw me later said “oh, we saw you on stage”. Instantly, I became a role model for them. Everybody wants to be like me.

My First pet?
A pussycat, that was the first pet I got. It’s colours were white and black. But it died.

I made my first million naira when I was 19 years. Aside music, I was a Customs clearing agent at Apapa Wharf then.
My First album?

My first album was made in 1979. It was titled, Iba. When we first came out, we also appealed to people like “I throw my respect o.”

I think it was from my second album I made my first musical video. It was titled, Talazo.

My First trip abroad?
That was in 1976. It was beautiful and out of this world. I felt good.
My First designer wear and watch?

It was by Dakova, my friend. I also love Vivid Imagination, my friend too. My first designer’s watch was by Piaget Abel.