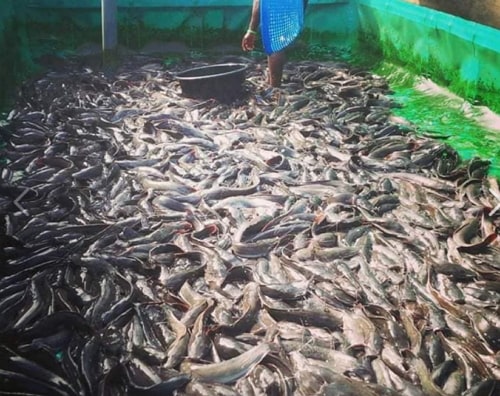 A civil servant, Mrs Magdalene Suleiman, over the weekend said she had made millions of naira since she ventured into fish farming eight years ago.

50 year old Suleiman, a resident of  Sabon Tasha area, Kaduna, made the disclosure in an interview with the News Agency of Nigeria ( NAN) in Kaduna.

“It is a very lucrative business that can fetch you cool money if you are disciplined, consistent and patient,” she said.

Suleiman said she later learned how to hatch and started selling fingerlings to fish farmers in her community and beyond.

” I have trained many people in the business, from groups to individuals, and I am proud to say that most of the people I trained are doing very well in the businesses, “ she said.

According to her, fish farming is easier compared to poultry as long as there is frequent water supply into the pond and proper feeding of the stock.

Suleiman said she had six employees working at her farm and called on women to be self-reliant and not be dependent on their spouses.