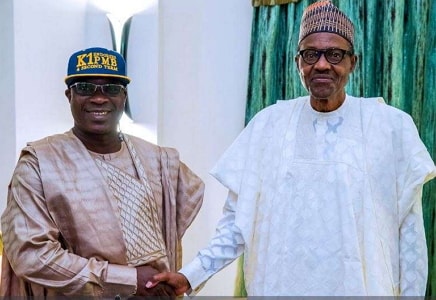 He recently made this known to a group of journalists at Oyo Amala Restaurant in Omole Lagos.

The fuji icon said he has no regret for supporting Buhari because he is entitled to his opinion.

“For the first time, we have someone who looks the cabal in the face and tells them enough is enough. He had tried this when he first came as a military ruler.”

“I follow my mind on any issue. The truth is that each and every one of us, either you participate actively or not, is a politician. If you are a man, and it is time to marry, you become a politician, because if you have more than a woman in your life, you have to play some politics in making a choice.

“As a man, born by a woman, once you get married, you have to play politics between the two. And when you begin to have children, and you now have a daughter, then, the politics becomes strong because you now have three women in your life. You need to show us where your love lies – your mother, wife or child.”