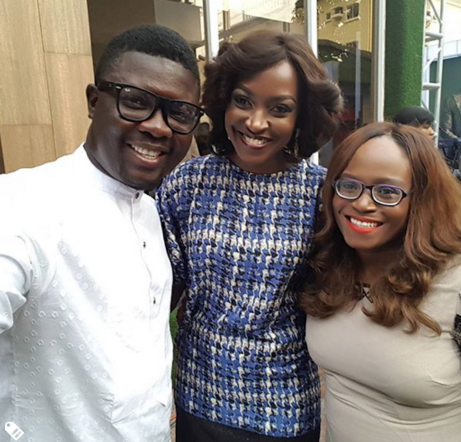 Check out this viral video of Nollywood actress Kate Henshaw and comedian Seyi Law everyone is talking about.

Seyi Law brought Kate Henshaw on stage and they tried to act a scene from a Hollywood movie. What followed was a passionate kiss that got the crowd going wild.

See the two entertainers in action in the video below

John Dumelo: No Plan To Dethrone Mahama, I’ll Run As Ghana President When I Become A Grandpa
Oluwo Of Iwoland Oba Akanbi Abandoned His Wife & Kids In Canada – Insider Opens Can Of Worms