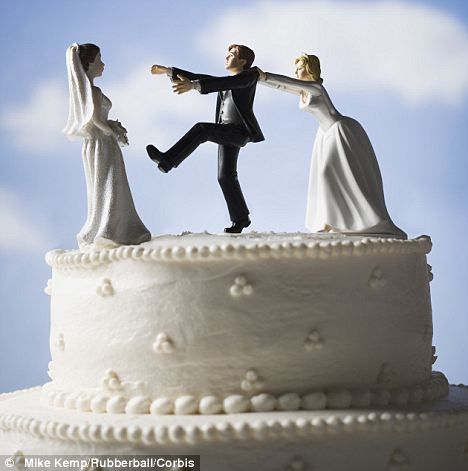 This story is among the top wedding day disaster stories that makes one wonder if true friends do exist. naijagists.com

36-year old Theresa Iyamu, a fashion designer based in Lagos State has been arrested after an alleged disruption of a Church wedding and reception of a couple, Mr & Mrs Augustine Aiyemimelo.

We learnt Theresa Iyamu stormed the wedding and demanded that the wedding be put on hold simply because the couple owe her some money on the wedding gown they rented from her.

She was quickly apprehended by Police officers and sent out of the church.

As if that wasn’t enough we learnt Theresa stormed the couple’ wedding reception center threatening to disrupt the event.

She was immediately grabbed and handed over to law enforcement officials.

Relatives who knew Theresa wondered why she behaved that way since she hails from the same area in Edo State as the couple.

On their wedding night, we learnt some armed robbers visited their home and stole valuables worth N980,000 and an undisclosed amount of cash.

Theresa who troubled the couple throughout their wedding day became the prime suspect.

She was quickly arrested by officials at Satellite town police division.

She was later docked at the Apapa Magistrates’ Court charged with attempt to disrupt Mr. and Mrs. Aiyenimelo’s wedding and reception.

When the charge was read to her, she pleaded not guilty and the presiding magistrate, Mr. A. K. Shonubi, admitted her to bail in the sum of N400,000 with two sureties each in like sum.

Her case has been adjourned till Oct 24, 2012 for further hearing.