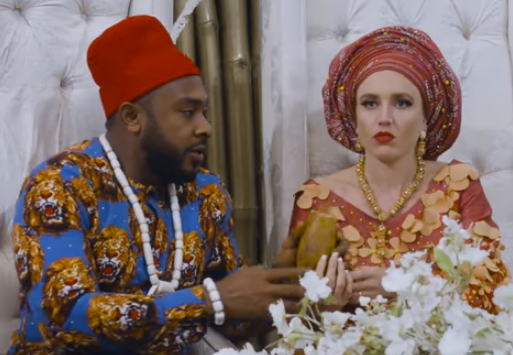 The ELFIKE Film Collective, a partnership between EbonyLife Films, FilmOne Distribution, Inkblot Productions and Koga Studios, is thrilled to announce the release of a teaser and poster for The Wedding Party 2 – Destination Dubai.

With the cast of the original film returning for another wedding, the sequel to the Nollywood’s biggest-ever movie promises to be even more colourful and twice as funny, with jaw-dropping scenes from one of the world’s favourite holiday destinations.

Mo Abudu, CEO, EbonyLife Films, is excited about the new teaser and poster. “Fans now have a taste of the awesome movie that’s coming. It has been a labour of love and we look forward to the release in December,” she said.

According to Moses Babatope, COO, FilmOne Distribution, “This is going to be the biggest release of 2017, opening on multiple screens in every cinema in Nigeria. We are working hard to ensure that everyone who wants to see the movie will be able to get a ticket.”

It is evident that, like the first movie, this sequel remains a high-quality, well-made production that simultaneously entertains and raises the standard of filmmaking in Nollywood. Fans will not be disappointed.

The Wedding Party 2: Destination Dubai will have its Lagos premiere on December 10, with cinema release on December 15 in Nigeria.

Continue Reading
You may also like...
Related Topics:movie, nigerian, the wedding party, trailer

Victor Osuagwu: If You Stay With Mr Ibu & Nkem Owoh On Stage, They Will Swallow You Up
Femi Adebayo To Spend N25Million On First Cinema Movie, The Return Of Jelili