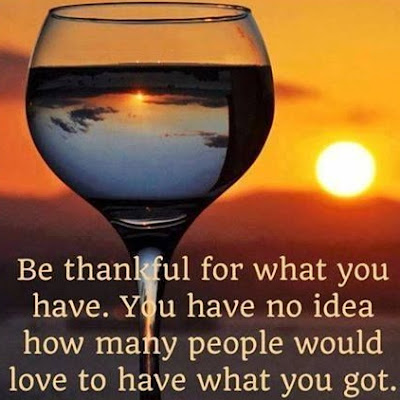 Nov 15, 2017 – Wednesday Inspiration: If You Think Enough, What You Have Is Enough

Human beings appear to be in a permanent state of dissatisfaction with their lives. We don’t like who we are or what we look like. We don’t believe what we have is good enough.

We don’t think what we can do is adequate. To make matters worse, we tend to prefer what belongs to someone else. Unfortunately, this has affected our attitude to most things in life, even opportunities. We tend to look far into the distance in search of great opportunities while we despise the ones closest to us.

Dr. Russell Conwell, in his all-time classic titled “Acres of Diamonds” told the story of a wealthy Persian named Ali Hafed. Ali had great gardens, farms, grain fields and orchards. He was contented with his possessions, well, until an ancient Buddhist priest paid him a visit.

The priest told him that a diamond the size of his thumb could buy him a country while he could have great influence and place his children on thrones with a diamond mine. Almost instantly, Ali felt poor because he became aware of what he could have but didn’t have. His sense of loss was so great that he couldn’t sleep. Eventually, Ali took off in search of diamonds in rivers running through white sand between high mountains but not before selling his entire possession and leaving his family with a neighbour. He journeyed through Palestine and Europe. By the time he arrived at Barcelona, his money was all spent; out of wretchedness, poverty and despair, he flung himself under a great tidal wave and ended his journey there.

Meanwhile, the man who purchased Ali Hafed’s farm took his camel out into the garden for watering one day and noticed a curious black stone reflecting light. He took it home and displayed it as a decoration until the same old priest who told Ali about diamonds came to visit.

The priest recognized the stone as a piece of diamond to the surprise of Ali’s successor. They both rushed to the garden and discovered several other stones like it. According to Dr. Conwell, it is historically true that the garden became the most magnificent diamond mine known to mankind.

Aren’t a lot of us like Ali these days? We go in search of what we already had just to appreciate it after we have lost it. Dr. David Oyedepo puts it aptly when he said “If you think enough, what you have is enough”. Unfortunately, we hardly take time to think before we embark on our quests for fame and fortune.

Like the saying goes, “the grass is always greener on the other side of the fence”. While you are busy admiring and perhaps envying the good fortune of your neighbour, you fail to realise two things:

” You are only seeing the good; the bad and the ugly are never so apparent. That person you admire has aspects of his/her life that are less than perfect. You want their good life? Great! Then take the entire package. You may not like it after all.

” Your own grass is someone else’s “greener” field. Someone else is wishing to have what you’ve got. If you look at your life critically, you will discover several things to be thankful for. You will also discover assets you have never appreciated.

7 thoughts on “Wednesday Inspiration: If You Think Enough, What You Have Is Enough”