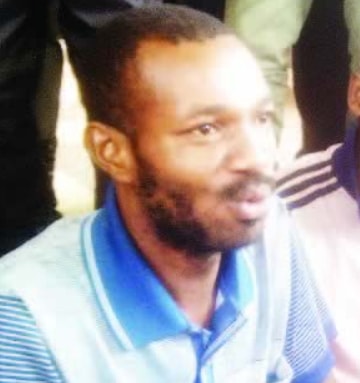 Sunday Clark, a member of a notorious kidnap gang who plotted the abduction of a businessman, Mr. Adewale Kazeem, has been arrested by operatives of Federal Special Anti-Robbery Squad attached to the Rivers State Police Command.

Clark told newsmen he acted as an informant to the gang to kidnap a businessman, Kazeem, a resident of Rukpokwu in Obio/Akpor Local Government Area of Rivers State.

The suspect, who is a professional welder, had earlier in December 2017, gone to Adewale’s house on invitation to carry out a welding job for him.

But unknown to Adewale, the man he hired to do a job for him in his house had gone to inform his fellow kidnappers on how they could abduct him.

He stated that though he did not follow members of the gang to the house of their victim on the day of abduction, he was only given N40,000 after ransom was paid.

“I did not join them the day they operated at the man’s (Adewale) house, but they only gave me N40,000 after they collected ransom from the man.

“I know the man (victim) and his house because he gave me a welding job to do in his house. I was still on the job when I brought in Tony (Tony Raphael, one of the kidnappers) and pointed to the house.

“Although Mr. Adewale paid me my money after doing the job for him, it was the devil that pushed me to plan with my gang to kidnap him. I beg for forgiveness,” the 36-year-old Clark said.

Also speaking on how they kidnapped their victim, 20-year-old Chigozie Onuigbo from Ikwuano, Abia State explained that they went into Adewale’s house at about 7pm on December 24, 2017 and met him where he was resting.

He said, “We went to his house with a black Ford Ranger van with a revolving security light so that no one will notice that we are kidnappers.

“We met him (victim) resting and we took him to Omademe in Ikwerre Local Government, where we tied him to an iron. We don’t know the amount that was paid as ransom because our leader, who collected the money, did not tell us.”

Parading members of the gang at the Rivers State Police Command in Port Harcourt on Tuesday, the state Commissioner of Police, Mr Zaki Ahmed, said they operated with an unregistered police colour Ford Ranger van, which was among item recovered from them.

Ahmed identified the arrested gang members as Tony Raphael, Ifeanyi Okoye, Chigozie Onuigbo, Emeka Nwaiwu, Chinedu Isia and Sunday Clark, adding that they were apprehended on June 18 and 19, 2018 during a sting operation by men of the Federal Special Anti-Robbery Squad.

He said, “The suspects, who usually operate in a police van also wore black jeans and T-shirt in police colours with the Ford van also in police colour bearing revolving light, have confessed to numerous kidnapping operations.

“They confessed to kidnapping one Adewale Kazeem on 24/12/2017, the kidnap of one Chief Emmanuel Ogbuji of Igwuruta town in June, this year, abduction of one Ikechukwu Okorie and also robbed him of his Toyota Camry Spider, which was later recovered.

“Also kidnapped by the gang is one Mike Nagwu of Eneka road in Port Harcourt. Exhibits recovered are police accoutrements, Ford van with revolving lights, black T-shirts and some pairs of jean trousers and two pump action guns.”

“When Father Decides To Sleep With His Own Daughter, I Think The World Is Coming To An End” – Police
Fulani Herdsman Who Attacked & Rob Former Master Blames An Evil Spirit For Misdeed, Says Allah Will Punish Him