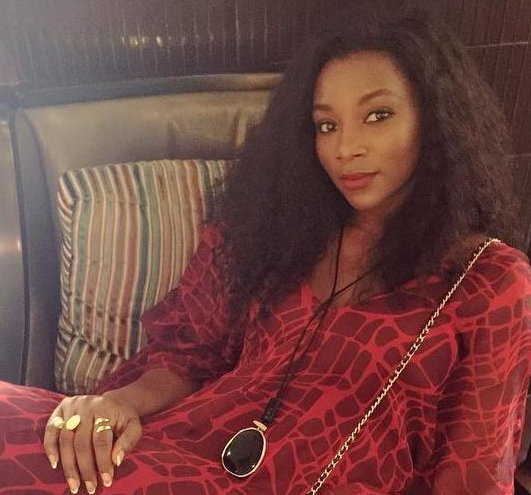 Nollywood actress Genevieve Nnaji has finally broke her silence on why her wedding was cancelled.

Recall that the beautiful mother of one was dumped by her fiance, a Nigerian NBA basketball agent few months ago on her wedding day in Milan Italy.

Though she kept her silence for over 2 months, she however felt compelled to open up when her fans kept disturbing her about marriage on the social media.

Here is a meme see posted on her Snapchat account on Saturday the 5th of November. 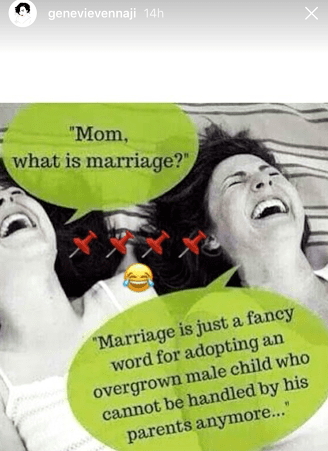 The quote is not originally from Genevieve Nnaji, it is a common quote used by married women to describe their stubborn husbands once in a while.

However, the statement is only correct when you find yourself in the hand of an irresponsible man who can’t take care of his financial needs and mentally bankrupt.

It is an indirect word used to tell a man to keep quit because he’s saying a whole lot of nonsense.

It finally means not every man can be a husband.

Her NBA agent fiance, Ugochukwu Udezue may or may not fit this demeaning description because her reason for using this unpleasant quote is best known to her.

However her fans believe she is throwing an indirect punch at Udezue for dumping her on their wedding day.

That she can’t find a perfect man doesn’t mean she should use her status to discourage other ladies who see her as their mentor.