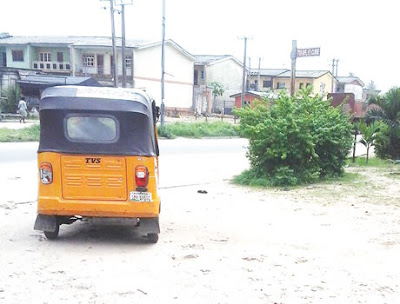 Some gunmen suspected to have ties to Ijaw militants last week kidnapped two residents of E1 Close on 7th Avenue in Festac town area of Lagos.

The victims identified as 26-year-old Jovita Oluchi and 45-year-old Igwe Remigus were abducted from their home around 10pm on Thursday.

The 4 gunmen dressed as military men reportedly dragged their victims (a newly married couple) out of their apartment after they sneaked into E1 close through a crack in a fence.

Eyewitnesses said the masked gunmen whisked their victims away through a bush path into a speedboat.

They reportedly escaped through the river beside the Festac Town Link road.