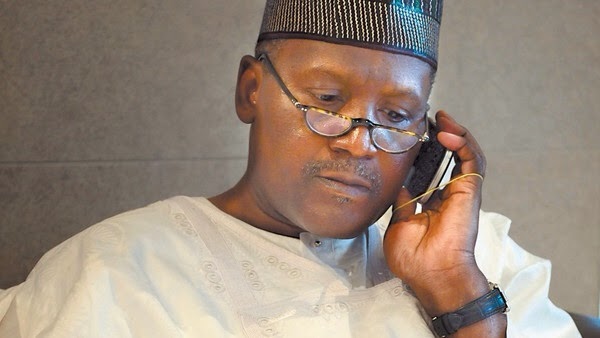 The President of Dangote Group, Alhaji Aliko Dangote may have been angry with the Presidency with which he had had cordial relationship until recently.

Source close to Dangote hinted that the business mogul may have been angry with the Presidency and federal government for rating his group as number seven out of the 100 top businesses in Nigeria that were recently selected for national award.

This came against the backdrop of the Dangote being rated, for two years running, as the richest man in Africa and one of the top richest men in the World.

The top 100 Businesses in Nigeria were announced and rewarded at an annual Presidential Dinner held at the Banquet Hall of the Presidential Villa, Abuja on December 1st this year.

Aliko Dangote showed his anger for being so lowly rated by the government he had given all type of supports when on Saturday, for the first time since President Jonathan came to power, he stayed away from the launching of fund to boost the Presidential campaign of Peoples Democratic Party (PDP)

Presidential candidate for the 2015 elections. The launching also took place in the Banquet Hall of the Presidential Villa.

He was said to have been invited to play the role of chief launcher, but when the roll call of dignitaries and money-bags were being announced, at the Presidential Villa, Abuja where the fund was launched, he was neither present nor sent representative.