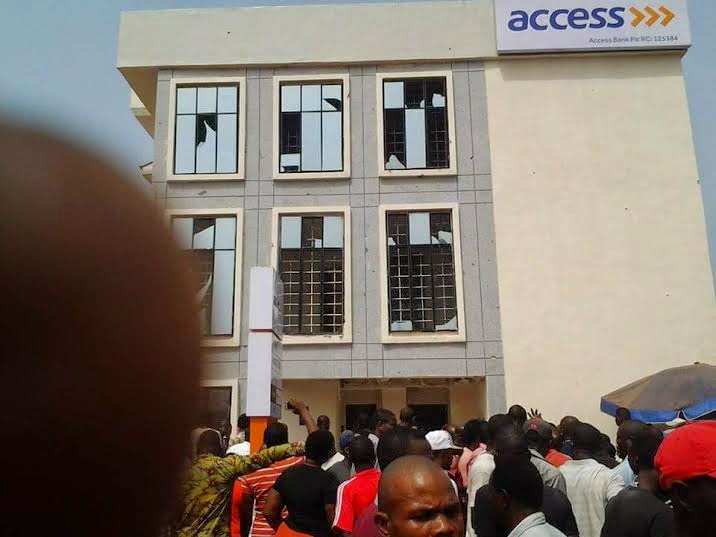 At exactly 2:00pm on Monday the 22nd of December 2014, seven dare devils armed with IED and AK 47 rifles stormed the premises of Access Bank Plc in Agbor town.

A distress call was made to Delta Police command who came immediately and engaged the robbers in a gun battle but they later fled the scene because the robbers were armed with sophisticated weapon.

A policeman working with the bank was gunned down by the robbers.

Soldiers on patrol in the area reportedly engaged the armed robbers in a firefight but as they were trying to escape, one of them was gunned down.

Six of the seven robbers who came in a Toyota vehicle escaped with bullet wounds as Soldiers gunned down one of them.

Eyewitnesses say 3 of the robbers disappeared using magic voodoo while fleeing from the soldiers. 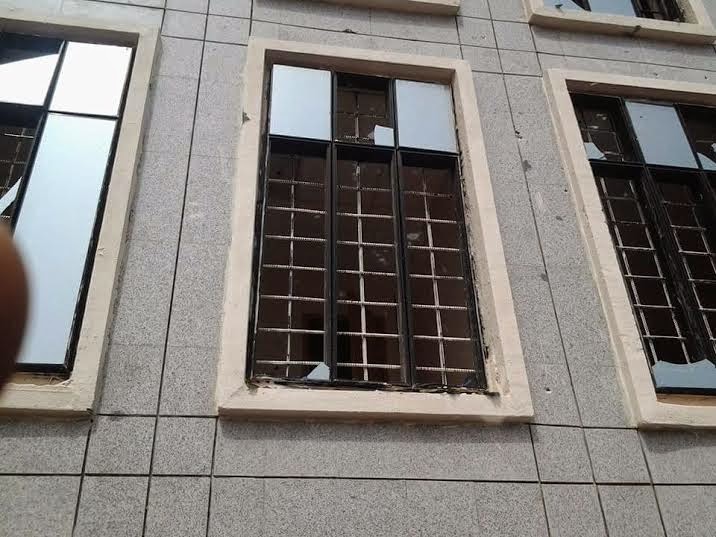 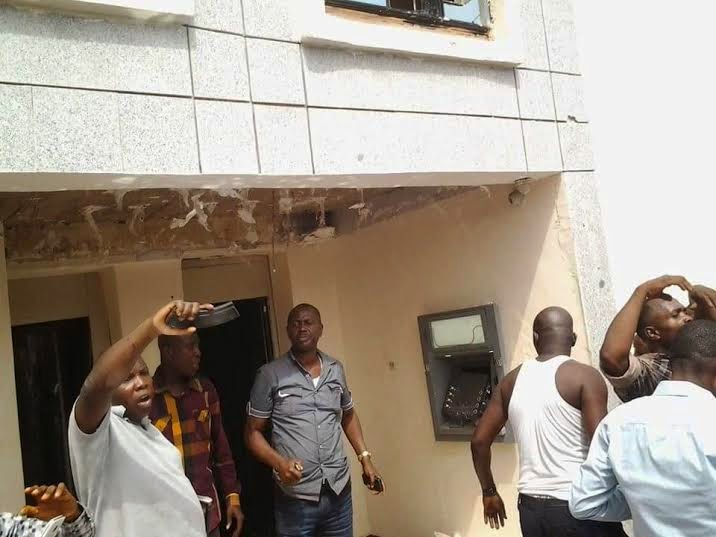 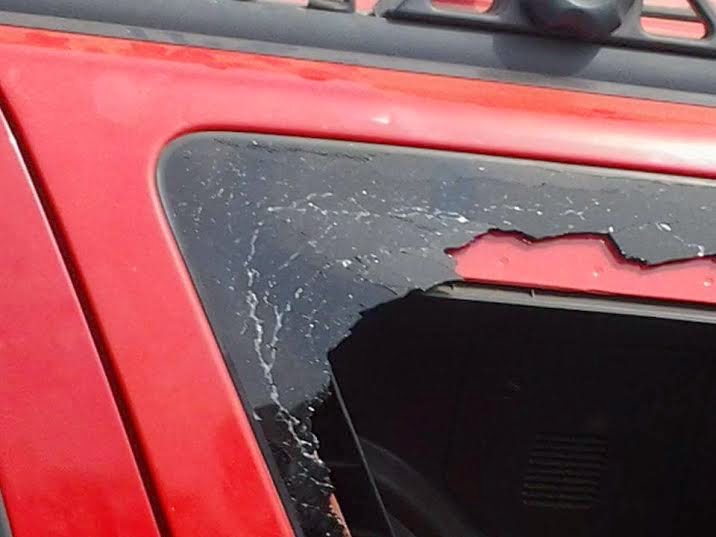 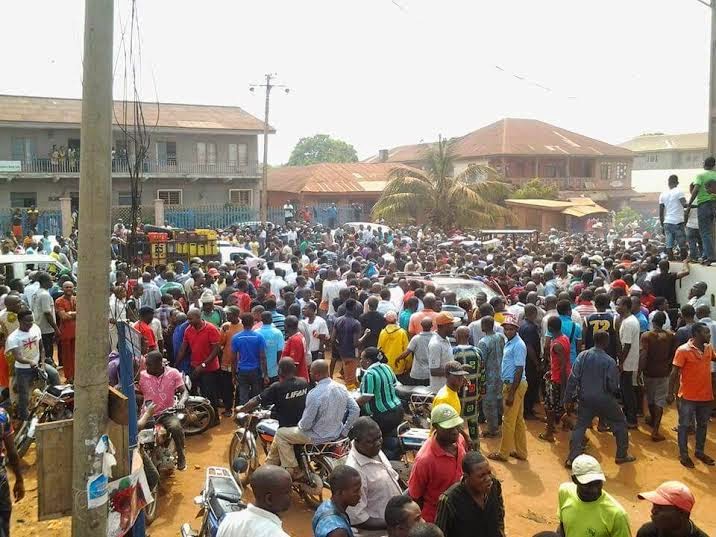 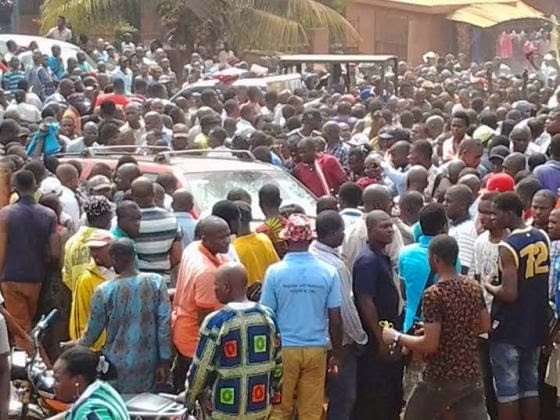 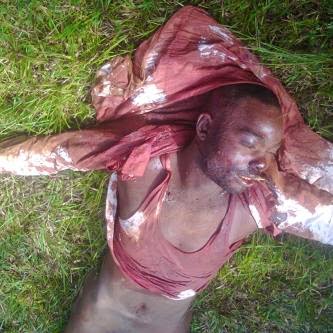 One of the robbers gunned down by soldiers 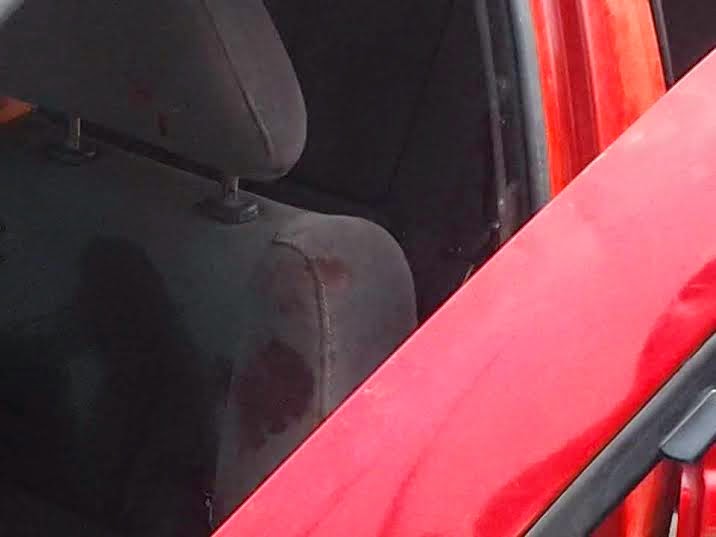 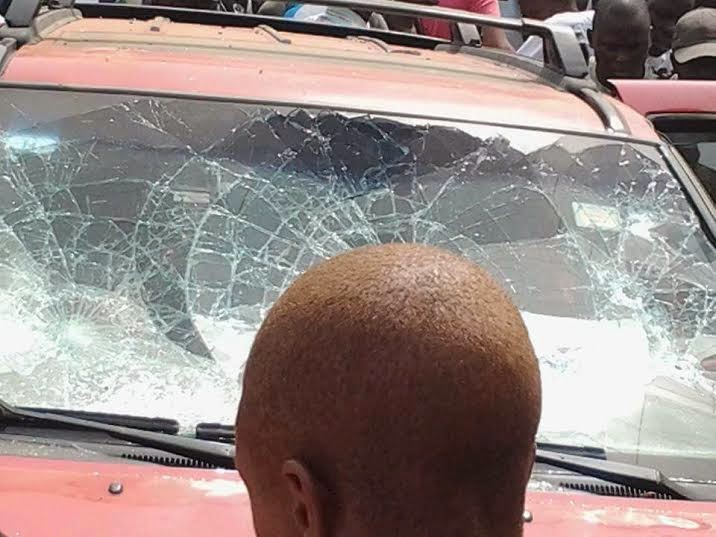 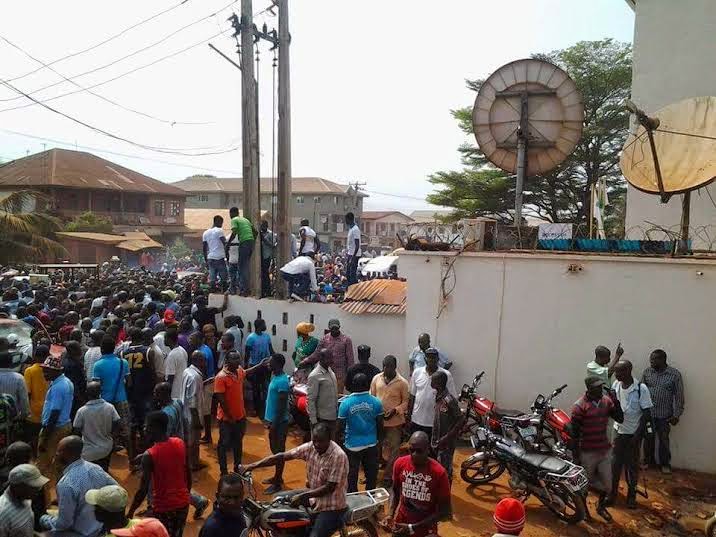 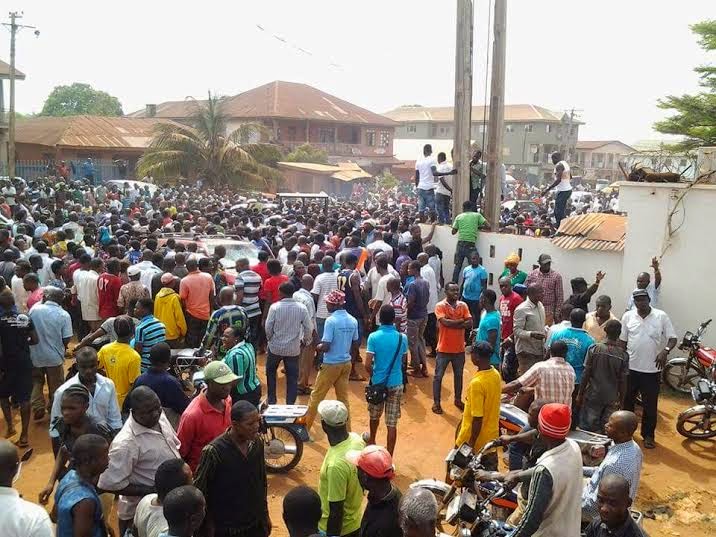 Armed robbery attack is usually on the rise during the festive season.