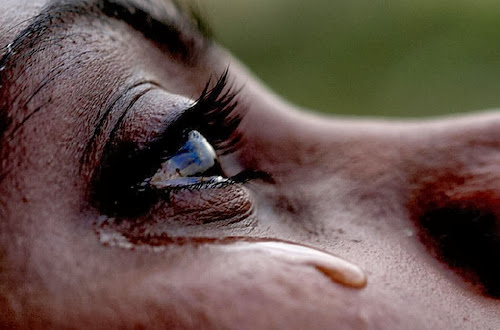 Oct 8, 2014 – Why Are Nigerian, African Women Blamed For Their Husbands Problems?

I’ve read so many tales, witnessed so many cases, where wives are always at the receiving end of insults, curses, and abuses anytime their husbands fail at their endeavors in life. It’s so common to hear the husbands’ family members turning against these poor women, even when it is glaring that the husbands are at fault, not the wives. Why is this so?

I had a friend (may his soul rest in peace) who died due to colon cancer. He had a very young wife (23 years) old and they had been married for just over 2 years before he died. His family members refused to allow her to attend the funeral, calling her a witch, saying that ever since he met her and married her, his problems had started. And everyone saw how she was running from pillar to post trying to save her hubby. I’m sure if it were another lady, she would have left him a looong time ago.

I read several stories too about wives being tormented by their husbands’ families. (Most recent one in Nigerian tribune) the husband lost his job in Lagos, relied on the wife for finances, later got a job in Abuja, and started an affair with another woman there. When the authentic wife came over unannounced, he got angry and told her to go back to Lagos. She was even contemplating on moving to Abuja but she later didn’t. along the line the husband was duped of a large sum of money he stole from his company by this woman he was having an affair with, and he was fired.

He returned to Lagos with his tail between his legs, and still the wife took him back. Later his mum came over and started saying the wife was the cause of his woes, and stupidly he agreed. They took her to a native doctor to swear she wasn’t the one, but she just didn’t do it. He later left the house, saying he can’t live with her anymore.

There are so many tales like this. I keep wondering why such things happen to the wives. At times it’s true, at times it isn’t. But why? What are you peeps views on this?