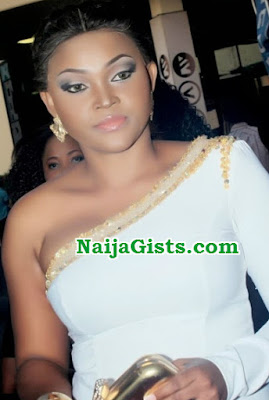 April 28, 2016 – Why Nollywood Yoruba Actress Mercy Aigbe & Brother Were Arrested, How Police Seized Her Phone, Harrassed Her In Osogbo For Being Rude – Eyewitness

Mercy Aigbe Returns To Set After Police Harassment In Osogbo

The actress has returned to a movie set with budding movie producer, Oyinkansola Elebuibon in Osogbo and has kept mum on her arrest story.

Here is an update on Mercy Aigbe’s police harrassment story

The actress and her brother were returning to Lagos from Nollywood actress Oyinkansola Elebuibon’s movie set in Osogbo but on getting to Olaiya Junction around 4:30pm, they met heavily armed policemen doing stop and search.

Her Honda car was flagged down for stop and search after police spotted a military cap on the dashboard.

Angered by the effrontery of the police to stop her, the actress reportedly yelled and shouted at the policemen who later seized her iPhone and called for reinforcement.

The shouting row soon caught the attention of passersby who converged at Olaiya junction on sighting Mercy Aigbe.

To cut the long story short, Mercy Aigbe was pushed back into the back of her car while a policeman drove her away to the station.

Her younger brother wasn’t spared, he was handcuffed and pushed into the back of a police patrol van.

The actress has been released while her brother is still being detained at the police station.

Instead of returning to Lagos, Mercy Aigbe reportedly called Osogbo-based Oyinkansola who later picked her up.

Here are latest photos Mrs Aigbe Gentry released on the social media after her release. 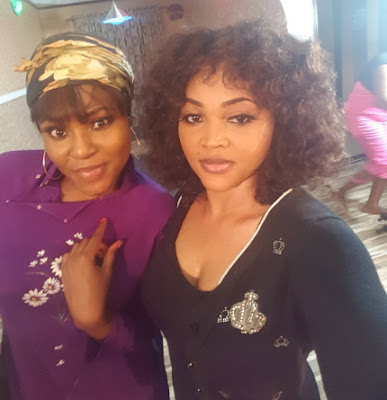 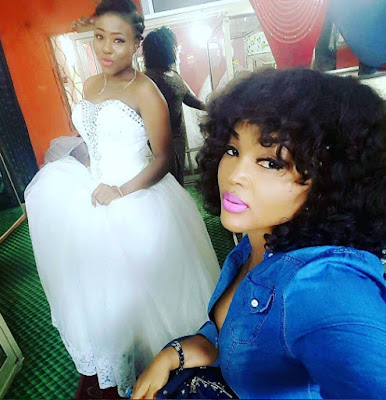