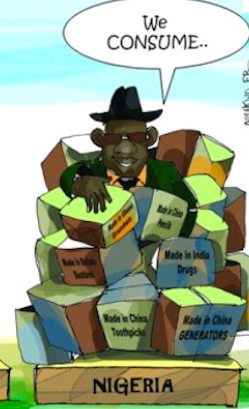 Ex-President, Institute of Chartered Accountants of Nigeria, ICAN, Otunba Lateef Owoyemi, says Nigerian leaders will continue to steal as long as the cost of participating in elections remains extremely expensive.
Owoyemi spoke at the annual public lecture of ICAN organised by the Lagos State Public Service held at the Sheraton Hotel and Towers in Lagos, southwest Nigeria, yesterday on the theme: Accounting and Accountability in the Oil and Financial Sectors.

The 75-year old ex-ICAN president stated that when politicians seeking elective positions to be president, governors and others spend billions of naira campaigning, they would certainly steal when they get into such offices in order to recoup what they had spent and to settle cronies who bankrolled their campaigns.

“Things have gone upside down in Nigeria. We are wasting our time, we are not dealing with the core issue of this problem. Three things make people to be corrupt, which are pressure, opportunity and justification.
“If we don’t reform the election process in Nigeria, corruption will continue to be part of our life. If we don’t devise another means of campaigning for election, corruption will never end. If we don’t tackle the issue of election cost, corruption will never cease. If people will spend billions of naira to get elected, they must get the money back. If you are in a position of power, there is no way you can be poor. Let us have a Nigeria that is sensible and working,” he said.

Owoyemi said no fraud would go on without accountants not being aware of it. He, therefore, urged ICAN members to ensure transparency in carrying out their duties.

He said ICAN had never shy away from investigating and sanctioning members found wanting in their practice, stressing, however, the need to draw a distinction between chartered accountants and “accountants.”
ICAN President, Mr. Adedoyin Owolabi, lamented that the oil revenue had made the nation to abandon agriculture, which used to be her mainstay, saying that the oil money had come with lots of sorrow and corruption. He said the fuel subsidy issue was a blessing in disguise as it had helped to unravel how some cartel stole the nation’s money, while he called on chartered accountants to embrace the best accounting practice.

Similarly, Peter Esele, President-General, Trade Union Congress of Nigeria, TUC, blamed the sad development in the country on indiscipline, poor adherence to standards, corruption, paucity of operational tools, inadequate laws and legislations, primordial sentiments and judiciary impediments as those caught were sometimes discharged and acquitted by the courts on frivolous grounds which tended to encourage more of unprofessional and unethical practices.