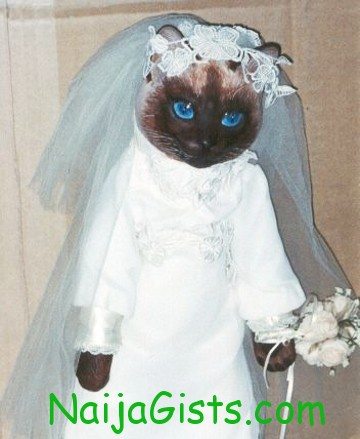 Due to the fear of sudden death because the cat suffers chronic asthma and obesity, Uwe decided to take the keep Cecilia’s memory by marrying the cat in Possendorf, Germany.

Video Of Man Who Married His Ailing Cat

The cat’s owner paid a local actress a total sum of 300 Euros to officiate the wedding because marrying a cat is illegal in Germany.

In a chat with journalists,the frail cat’s husband said: “Cecilia is such a trusting creature. We cuddle all the time and she has always slept in my bed”