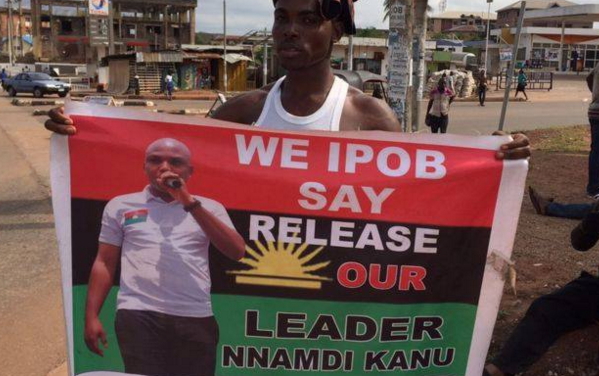 Reasons why it is very pertinent for more well meaning Ndigbo- to come out in denouncing- Nnamdi Kanu.

I will passionately encourage all other well meaning Ndigbo, to come out and, denounce the current nefarious clamour of war and secession by Nnamdi Kanu, just as the Ohanaeze Ndigbo organisation, did some days ago.

Martin Luther King Jr…once said and I quote; “Our lives begin to end the day we become silent about things that matter”.-he also went further to say “There comes a time when one must take a position that is neither safe, nor politic, nor popular, but he must take it because conscience tells him it is right”.

He also stated that; “History will have to record that the greatest tragedy of this period of social transition was not the strident clamour of the bad people, but the appalling silence of the good people”-Martin Luther King Jr.

Let us start with Major General Johnson Thomas Umunnakwe Aguiyi-Ironsi; who was a senior Nigerian military officer. He seized power in 1966, and herald the first military coup in Nigeria.

Dr. Alex Ifeanyichukwu Ekwueme, became the first elected vice-president of Nigeria, he was in office from 1979 to 1983.

Okonjo-Iweala, was finance minister under Goodluck Jonathan from 2011 to 5th June 2015.

Diezani K. Alison-Madueke was Nigeria’s minister of transportation on the 26th July 2007. She was moved to Mines and Steel Development in 2008, and in April 2010 was appointed Minister of Petroleum Resources.
Ike Ekweremadu, has served in the Senate of Nigeria since May 2003, and is currently Deputy President of the Nigerian Senate for the third consecutive time.

Not to mention the last president; Goodluck Ebele Azikiwe Jonathan…whom some might argue is from the South south.

There is no state in Nigeria, where you will not find the hard working Igbo people trading and coexisting side by side with other Nigerians. It must however be mentioned here that the problems facing the aggrieved Igbo youth is not peculiar to them alone, this rather “common enemy” is also prevalent in all other states of the Nigerian federation, and it is simply due to bad governance since the time of independence, 1960.

Nigerians must henceforth hold our leaders accountable for improper governance and misappropriation of our common wealth and natural resources; this will foster transparency, accountability of public officers, employment, good road and constant supply of electric power.

My personal opinion is that more Igbo elders need to publicly come forward to denounce the current nefarious agitations of Nnamdi Kanu, and the aggrieved Igbo youths. There should be more public enlightenment programme aimed at informing and educating the Igbo youth about the ills of war.

I will also encourage state governors from the south-eastern states, to engage more with their youths in regards facilitating youth enlightenment programmes and technical apprenticeship schemes; which are tailored towards the creation of job opportunities.

These programmes if well implemented will foster a sense of belonging amongst the Igbo youths in their immediate community and, nation at large.

Continue Reading
You may also like...
Related Topics:biafra, nnamdi kanu