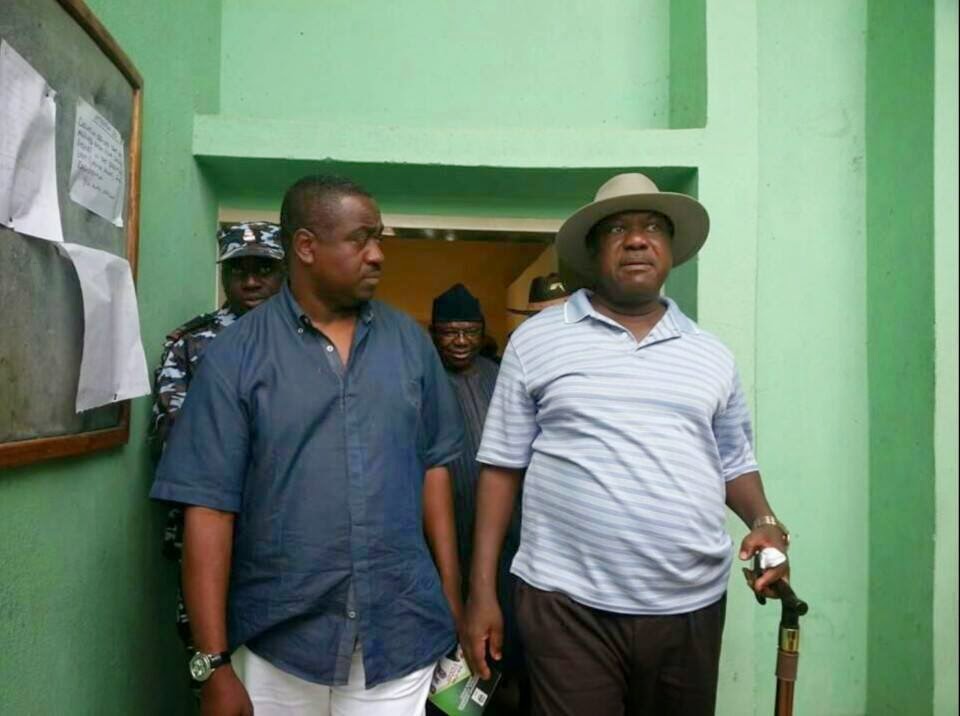 Senator Akume is the best option for Senate Presidency:

If maturity, competency, integrity, credibility and steadfastness must not be sacrificed on the altar of mediocrity, rather a necessary tool for urgent political expediency in the face of economics uncertainty brought about by PDP led-government in the last 16years, then Senator George Akume remains the most qualified among every other candidate vying for Senate Presidency.

The 8th National Assembly requires individual with impeccable character devoid of controversies to fit in the “slogan of change” which APC as a party promised to bring.

However, closely related is the life style of Senator George Akume in comparison with Buhari/Osibajo, not bordered by unending accumulation of wealth which is typical of our politicians, Senator Akume is a match-made in heaven with that of Muhammadu Buhari and Prof. Osibajo exemplary leadership, thus would always put national interest above selfish ends.

The role of North- Central in the emergence of President- Elect Muhammadu Buhari and party’s supremacy across board in a hitherto PDP dominated region is a clear demonstration of unrelenting efforts of king makers in the APC, hence such gesture must be accompanied by a swift intellectual reward in the person of Senator Akume for rapid sustainable political supremacy in the region beyond 2019.

The trimming down of governance to be orchestrated by the President- Elect Muhammadu Buhari is a new dimension and drastic shift from traditional elaborate and bogus economics developmental strife of the out- going government, whilst only Senator Akume can salvage this in line with APC manifestos, as a prudent manager of resources he will bring stability to bear and do away with any bill that could be inimical to our collective will.

The party hierarchy must be followed and qualified individual rewarded for posterity sake, the Red Chamber is no ground for unnecessary executive activism, neither a place for exhibition of uncontrollable radicalism. Thus, Senator Akume stand tall above his colleagues in terms of maturity to carry them along, unlike others who have corruption cases against them still pending, it is demeaning to see such individuals mount the podium alongside principles which the President- Elect Muhammadu Buhari and APC represents.

While Senator Akume remained focus and unmoved with what destiny holds for him, his challenger’s display of desperation and show of executive arrogance attest to the fact that none is qualified to match his pedigree. Over zealousness and over bearing influence which characterized individual personalities potent a great danger to APC continue dominance, Hence, it is of paramount importance the President- Elect Muhammadu Buhari prevails on his opponents as matter of political necessity to drop their ambition, in order to pave way for the able Senator George Akume.

Senator Akume has so many things going for him in addition to his already enviable credentials, as a formal Governor of Benue State for 8years, his performance speaks volume, a ranking member and minority leader of the 7th National Assembly, his robust contribution to national issues on so many fronts, his humility and calmness in the face of sensitive boiling issues, his acceptability by the opposition members and above all his maturity to swallow pride if necessary to seek advice across border line, put Senator Akume on the high pedestal for number 3 seat in the country.

To this end, I urge all senators concerned to rally round their support for Senator Akume irrespective of party affiliation, Nigeria project should be upper most above personal interest, and if the 8th National Assembly must succeed, everyone has a stake in the slogan call “Change”