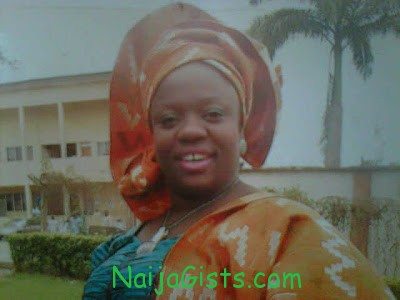 A very wicked woman identified as Mrs Blessing Uche has been arrested after she confessed she punished a 6-year-old girl she left in the care of her baby after her baby fell off her hand. naijagists.com

As if that wasn’t enough, the woman went further and slashed the youngster’s face with blade an attack which caused serious injuries on her.

According to sources, Blessing Uche said she told the little 6-year-old to boil hot water and she then poured it on her private part to teach her a lesson.

Uche had claimed that when she returned from Iyana Ipaja, she discovered that her baby had fell and decided to punish the little girl.

A neighbour was said to have reported the matter to Esther Child Rights Foundation, ECRF, a non-governmental organization, campaigning against child abuse.

The little girl was rescued by the foundation on Saturday and taken to the Gowon Estate Police Station and had been under the care of the police station since then, while the woman was arrested and detained and would be arraigned in court any time from now.

The girl was not taken to the hospital after hot water was poured on her. Rather, she was taken to a chemist for attention.

A police source, who craved anonymity, described the act as wicked, saying that the woman would be arraigned at the Ojokoro Magistrate’s Court.

Director, ECRF, Mrs. Esther Ogwu told P.M.NEWS that when she got to the woman’s one room apartment, she was disgusted to see the girl in pains and unkempt, saying that “I wept when I saw her; it is the height of wickedness.

“It is terrible, I can’t believe somebody can do such a thing to a child, let alone the daughter of her senior sister. I cried the first day I saw the girl.”

Ogwu also blamed the parents of the girl for releasing her at such a tender age to stay with a relation, saying if she had her way, the parents should be detained to serve as deterrent to others.

She also alleged that after pouring hot water on the girl, Uche used blade to slash her face, describing the act as cruel and that such a woman should not be allowed to go free.

Ogwu stated that the woman and her husband had been begging since the incident occurred but insisted that the offence must be punishable to deter others from doing the same thing.

“We will surely charge her to court for pouring hot water on the little girl staying with her and for using razor blade to slash her face,” she said. (PM News)