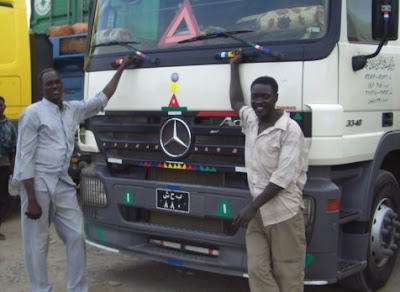 A judge has remanded two men Sodiq Fatusi and Adewale Ogunsanya in a Lagos prison for allegedly pushing an octogenarian to his death.

The accused, Fatusi, 27, and Ogunsanya, 19 are facing a two-count charge of conspiracy and murder.
The Magistrate, Mrs M.O. Olajuwon, had ordered the accused to be remanded at Ikoyi Prisons pending advice from the State Director of Public Prosecutions (DPP).

Earlier, the Prosecutor, Inspector Julius Babatope said the offences were committed on July 19 at about 7.30 p.m. at Iyana-Ipaja, a Lagos surburb.

The accused were alleged to have pushed Jerome Akinsola, 70, unto an oncoming vehicle after trying to extort money from him.

“The deceased, a truck driver, had stopped to check his deflated tyre and the accused seized the opportunity to demand an illegal sum from him.
“The deceased refused to part with the amount, and this angered the accused, who angrily beat him up before pushing him unto an oncoming vehicle,” Babatope said.

The offences contravened Sections 221 and 231 of the Criminal Law of Lagos State, 2011.
Section 221 prescribes a death sentence for murder.

The case has been adjourned to October 24.