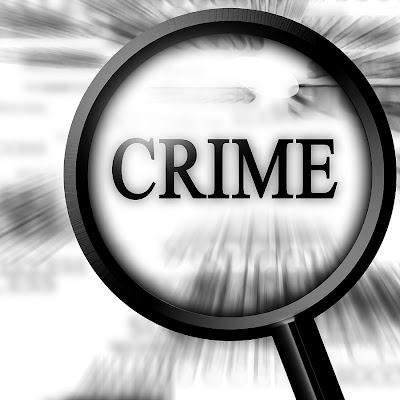 The popular Igbo saying “the unheeding fly is buried together with a corpse,” has proved very true in the case of a randy truck driver, Sylvester Ezema from Edem community, Nsukka Local Government Area, Enugu State.

Ezema was allegedly burnt alive by the son of his lover. The angry young man (names withheld) was said to have warned Ezema to steer clear of his widowed mother and sister but he refused.

Sunday Sun gathered that the deceased had been in love with the widow since the death of her husband many years ago. According to a source close to the widow’s son who is now at large, he was emotionally disturbed whenever his mother’s lover sneaked into her bedroom to make love with her because his room has an adjoining door to that of his mum.

“Each night they start to make love, the sound from the bed and the romantic utterances of my mother used to upset me,” the source quoted the murder suspect as saying.

The source revealed that the woman’s son also said he had severally warned his mother’s lover to desist from coming to his father’s compound to make love to his mother and sister but he did not take heed.

As the source further disclosed, the anger of his friend was exacerbated when in the course of the driver’s affair with his mother, the driver also impregnated his younger sister. The widow is now nursing a baby presently for Ezema.

As if the amorous relationship with the widow was not bad enough, the randy driver also befriended the daughter of his lover and impregnated her.

He did stop at that. Probably scared that his abominable deeds might lead to his being ostracized by the community, he sponsored the teenage girl to procure an abortion. The driver’s atrocities reached a peak when he assumed the nickname as omerunwa na nne (the one that does ‘things’ for both mother and daughter).

He began to revel in the nickname in the village. Typical of village situations, peers of the widow’s son started to taunt him, and this prompted him to swear a personal oath to avenge what he saw as a grave insult to his family.

Sunday Sun also gathered that few days to the day the widow’s son executed his plot, he told some village folks at a drinking parlour that he had a serious assignment to carry out. He told the folks that the assignment was crucial to his life and if the plan failed, that it would be the end of his life and if successful he would have achieved his life’s goal.

When asked what the assignment could be, the widow’s son quipped: “When I strike the world will know. If I fail, I will commit suicide.”

Early in the morning of the fateful day, the widow’s son had waylaid his victim who was said to be easing himself in the family pit toilet. As soon as the victim came out from the toilet, his assailant accosted him. Before the victim regained his composure, his assailant splashed the mixture of ground pepper and water on his face. As Ezema shouted in pain and tried to wipe the peppery solution off his eyes, his assailant doused him with the liquid substance, struck a matchstick and set the man ablaze.

Ezema ran off with fire spreading over his body. Not seeing clearly, he fell down. The alleged assailant caught up with him and emptied the remaining inflammable substance on his body. When the fire burnt out, only the charred mass of Ezema’s body remained. On condition of anonymity, a villager told Sunday Sun that unprecedented incident had thrown the community into confusion. “We don’t know what to do. The boy in question is nowhere to be found,” he said.