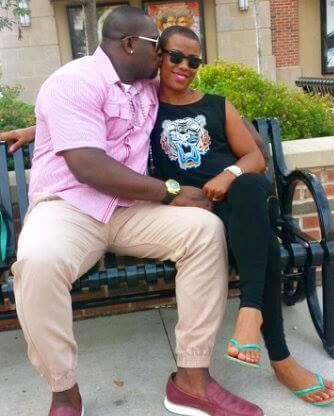 Mrs Okebata, the wife of the US-based Nigerian man murdered in Imo state few days ago has denied the reports that she was responsible for her husband’s abduction and assassination.

Though the marriage was plagued with constant fight and police intervention, Mrs Okebata claimed her innocence by saying she packed his bag on the day he left the US for Nigeria.

Here is what she said in an email sent to Amanda Chisom.

“I am the wife of the man who was assassinated, and I am just distraught. I do not even know where to start but it is only right I tell my own side of the story. I am innocent, God is my witness that I did not kill my husband or the evil that my husband’s family is portraying me to be.

My sister in-law posted that video to make me look evil but the part she did not tell anybody was that I was calling the police to save my life because he always beat me up and I was told to call the police whenever he started and that was exactly what I was doing, from the video you would see that I did not fight him or answer him. Should I have allowed him to kill me?

“We have been married for 13 years since I was 19, it has been beating upon beating, I have gone through surgeries because of beating he gave me. How can I kill my husband, we live together, till the day he left for Nigeria, I packed his things, how could I kill him.

Who do I know to order a hit on the father of my children? I have no interest in his properties as suggested after all we built everything together. God knows I am innocent. I have endured all these years through his beating and cheating and I did not leave or kill him, why would I do it now?

All I ask is that I am left to mourn in peace and the killers found and prosecuted,”.

But contrary to claims by Mrs. Okebata that the marriage was intact and that she in fact packed his luggage on the day he was heading for Nigeria, relations of the deceased revealed that the two had been separated for more than three years following series of misunderstandings between them.

The marriage reportedly started experiencing cracks after the victim’s wife demanded that they move to another city and away from her in-laws.

Here are the viral videos of the deceased and his wife shortly before he came to Nigeria.