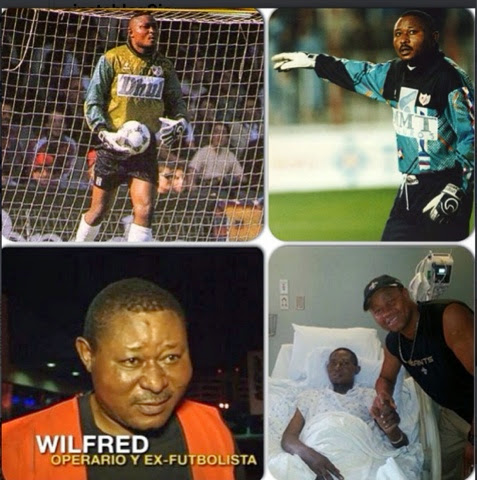 Nigerian Footballer Wilfred Agbonavbare who was recently admitted at a cancer treatment facility in Florida has passed on to glory.

According to family sources, the footballer returned to Spain last week and passed on at Alcala de Henares cancer hospital in the early hours of today.

The soccer star lost his wife 3 years ago to breast cancer.

A campaign tagged #FuerzaWilfred (Wilfred Force) set up for the deceased raised 21,106.90 Euros. The money has been given to his family for his burial