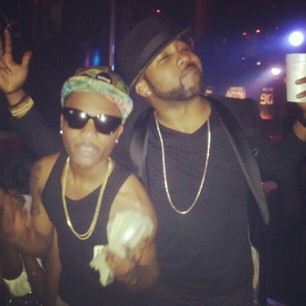 Feb 16, 2013 – Wizkid And Banky W Fighting For Dumping EME: “You’ll Be Replaced By A Better Artiste”

Nigerian artist Ayo Balogun aka Wizkid and his former boss, Banky W of EME are currently in a very tough fight.

On Friday, Wizkid showed up at Banky W’s love concert that took place at the Civic Center in Victoria Island, Lagos.

Wizkid and his girlfriend, Omotayo showed up as regular guests but the star boy wasn’t comfortable throughout his stay. 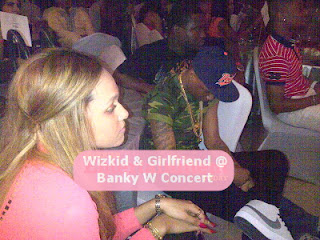 He was spotted with his head bowed all through the concert.

Minutes later, we learnt star boy walked of the event with his girlfriend without talking to any of his label mates.

Few hours ago, the pair engaged each other in a tough war of words on Twitter.

See the tweets below.

Am not gonna pretend like your absence from the team would not be felt, you will be replaced by a better artiste

Never knew you were such an ingrate, I made you who you are today and that fact is something you can never deny. Wish you all the best

I can never be replaced, you mistook my loyalty for stupidity so don’t get mad that I’ve decided to move on with my life
Going live on Ustream in a bit #TeamWizkid lets get it!

The tweets have been deleted.

Heya Banky is feeling the impact of the star boy. Who go settle the fight now?