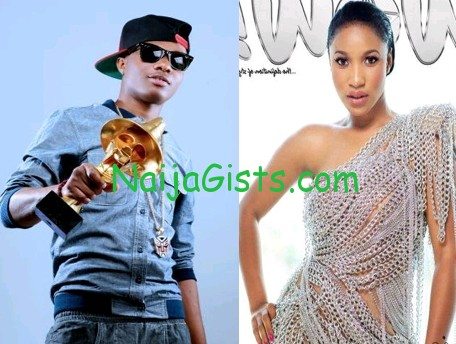 Nollywood actress Tonto Dikeh and her Twitter buddy Wizkid recently engaged in a war of words over Twitter. naijagists.com

On Tuesday, the 6th of November, 2012, Wizkid expressed his frustration over Tonto’s constant spelling error.

‘I get mad when a chick doesn’t type right…wtf is succezz?!‘, a somewhat infuriated @Wizkidayo tweeted.

Tonto Dike is popular for replacing ‘S’ with ‘Z’ in her tweets.

A follower jokingly explained to Wizkid that Tonto Dike was only being trendy and the star said: ‘thats that sh*t i don’t like!’.

Wizkid had earlier expressed his dissatisfaction with the actress venturing into the world of music saying that ‘she needs to chill’.