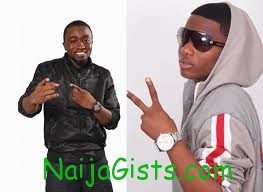 Nigerian pop artist, Ayo Balogun aka Wizkid and Panshak Zamani aka Ice Prince have both been recognized by the 2012 BET Awards.

The stars have been nominated in the category of ’Best International Act: Africa’

The nominations were announced in New York with Mindless Behavior, Big Sean, Melanie Fiona, DJ Khaled, Astro, A$AP Rocky and Diggy among those present for the nominations ceremony.

Wizkid who released his debut album ‘Superstar‘ last year has had a fantastic run; winning a MOBO Award, signing up with Akon’s Konvict Music and touring Nigerian and the UK. He is to kick off his US tour later in the year.

Ice Prince has also had it going pretty well for him; also releasing his debut ‘Everybody Loves Ice Prince‘, collaborating with Jamaican reggae singer Gyptian and winning the ’Best African Act’ at the 2012 Ghana Music Awards.

The awards ceremony will take place on Sunday, July 1, 2012 at the Los Angeles’ Shrine Auditorium and will be hosted by veteran Hollywood actor and ‘Avengers’ star Samuel L Jackson with performances from Chris Brown and Nicki Minaj.