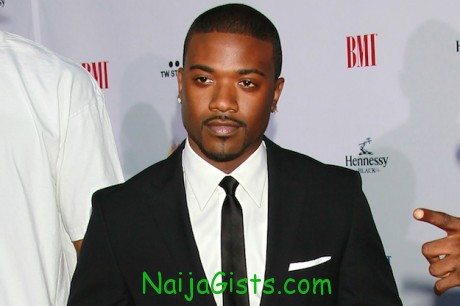 Popular Ameri-artist, Ray J has been hospitalized after he collapsed due to exhaustion at the Billboard Music Awards which ended on Monday, May 22, 2012. and was rushed to the hospital.

According to a report from TMZ , Raj J, 31 was seriously upset after the family of his late girlfriend, Whitney Houston confronted him during the ceremony.

‘On Monday morning, someone went into Ray J’s hotel room and realized the singer was “out of it” and couldn’t get out of bed’.

Another report claims the family might have just triggered what Ray J has long coming – a case of exhaustion and dehydration as he had just returned from a quick, 32-hour round trip to China for business and a 4-hour drive to Las Vegas for the show.

He is still on the hospital bed now and set to be discharged soon.