The owner and CEO of Starboy records, Ayo Balogun aka Wizkid is lucky to be alive today after he survived a serious car accident in Lekki Area of Lagos in the early hours of today.

We learnt his new Porsche Panamera luxury car got involved in a chain crash that resulted in  a pile of crash.

Wizkid was coming from a night party that held at the Oriental Hotel in Lekki when his Porsche tyre burst while he was driving at high speed.

The car somersaulted twice but none of the occupants of the car got injured.

Wizkid took to his Twitter page to relate his accident to fans.

He said he is very thankful to be alive.

His 10 Million naira Porsche car has been towed from the accident scene.

The car was badly damaged said a source.

According to eyewitnesses, Wizkid’s Porsche car crashed at exactly 3am. 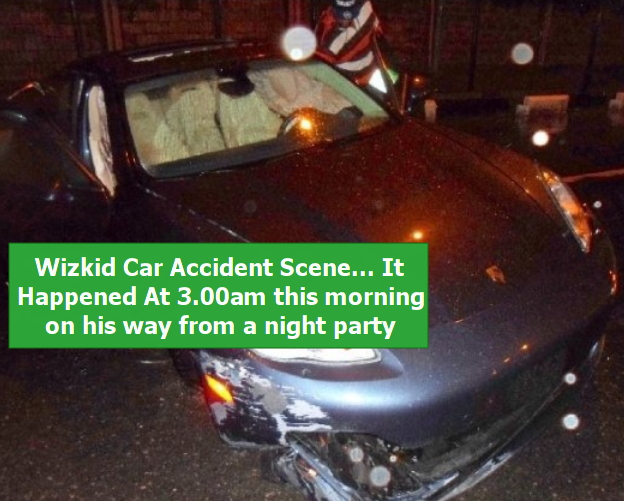 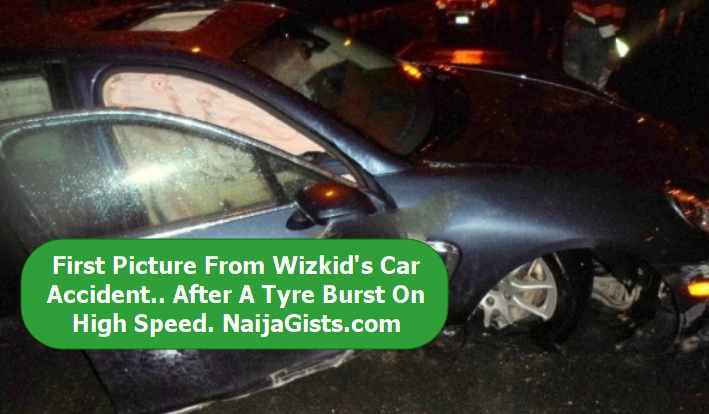