Do you remember the story of one bobo who vowed to marry Mercy Johnson few years back, if you missed the video, watch it here.

His name is Daniel Agunbiade, one of the new artists at HKN.

On June 13th, he was involved in a ghastly car accident while traveling with his manager on his way back from comedian Gbenga Adeyinka’s Laffmatazz  show in Osogbo.

He took to his Twitter page few hours ago to tell his story.

He said the accident happened in Gbogbon area of Osun State in the early hours of June 13th.

He said an incoming vehicle allegedly moved into a wrong lane. His manager, Timi who was driving at the time of the crash suddenly swerved the steering in order to avoid fatal head-on collision.

The sudden swerve caused the car to crash into the fence of a nearby petrol station.

More photos from the crash below 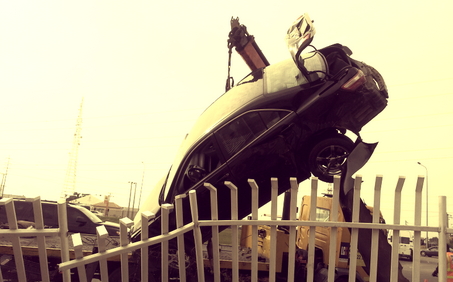 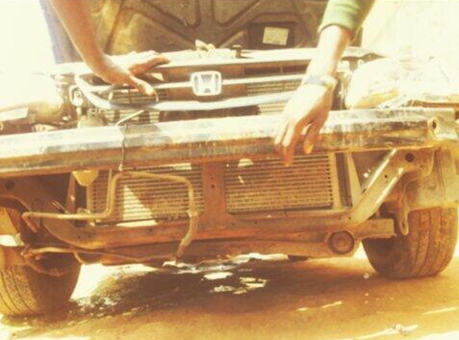