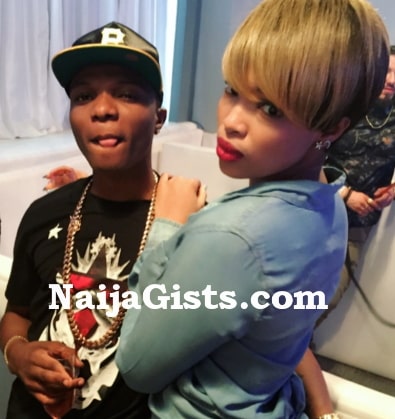 Binta Diallo: Wizkid Not Paying Child Support, His Family Begged Me Not To Sue Him To Avoid Immigration Problem

Video vixen Binta Diallo, the US baby mama of Afro-pop star Ibrahim Ayodeji Balogun aka Wizkid has released proofs that the singer is indeed a deadbeat dad.

Diallo who released some documents on the social media yesterday, said the singer is owing over $32,000 in child support payments after breaching an out-of -court settlement agreement he signed with her lawyers.

Diallo said she would have dragged him to court if not for pleas from some of his family members.

Here are some court documents and settlement agreements Diallo shared on the social media yesterday before she later removed them. 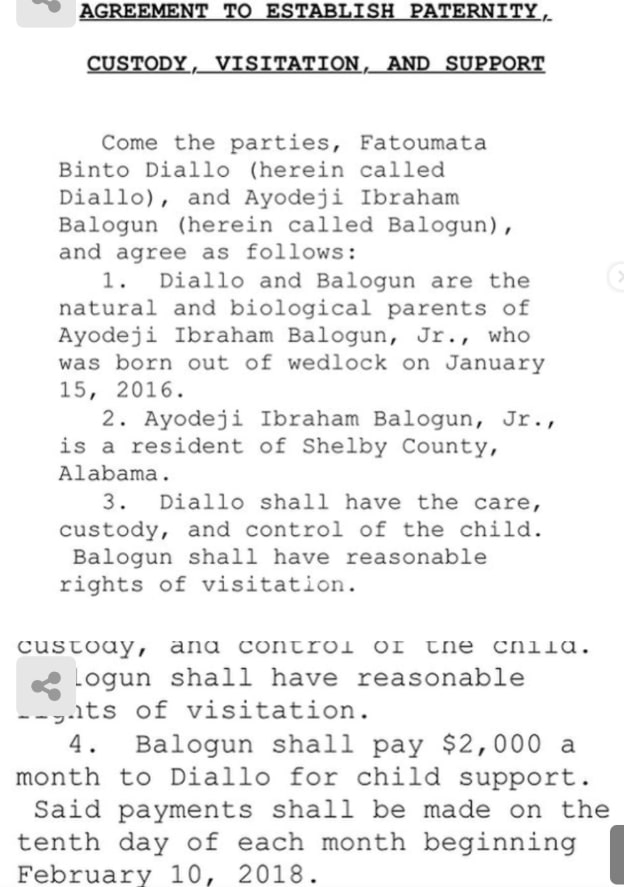 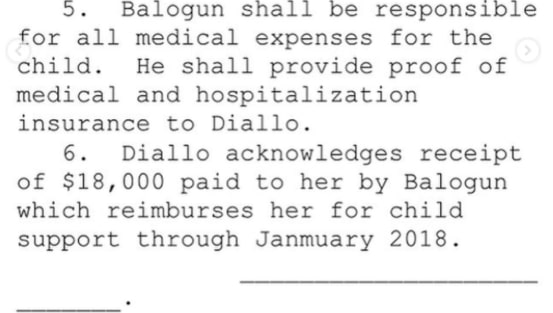 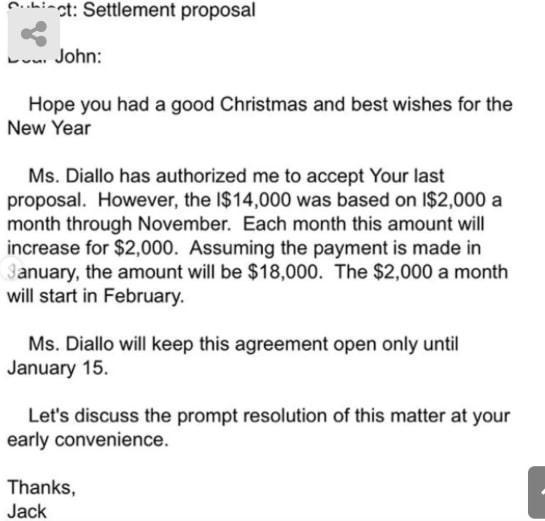 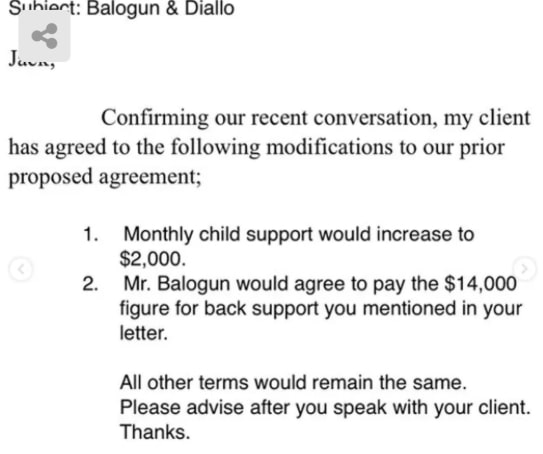 Diallo is not the first woman to call the singer a deadbeat dad, his first baby mama, Shola Ogudu has been calling him out since the singer stopped taking care of his first son, Boluwatife last year.

The 28 year old singer is now concentrating on his career and third child, a son he is fathering with his 39-year-old manager, Jada Pollock in London. 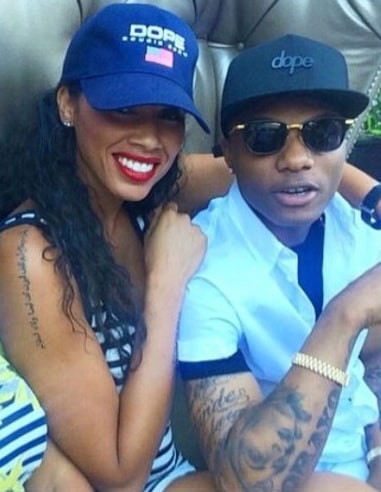