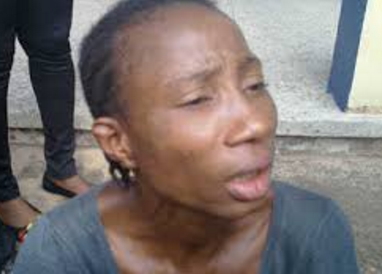 A 43-year-old house wife, Adizat Owhe-Akere and Juliet Omozuefo, 23, have been remanded in prison custody by an Egor Chief Magistrate’s Court in Benin, for allegedly killing one John Owhe-Akere, husband of the Adizat, by stabbing him to death.

He said the wife of the deceased conspired with the second accused person, Juliet Omozuefo, to murder her cheating husband.

“After conspiring with Adizat, Omozuefo unlawfully killed Owhe-Akere by using a knife to stab him on his chest which caused his death,” Oluwale told the court.

He said the offence contravened sections 324 and 319 (1) of the Criminal Code.

The code provides that anyone guilty of conspiracy to murder is liable to imprisonment for 14 years while anyone found guilty of murder shall be sentenced to death.

Chief Magistrate Igho directed that the case file should be duplicated and sent to the Directorate of Public Prosecution (DPP) for legal advice and adjourned the case to February 19, 2016.

“Terrorists ‘ll Attack Europe In 2016, Obama Will Be The Last US President” – Blind Prophet Baba Vanga
Photos: Drama As Suspect Jumps Out Of Ejigbo Lagos Court Room To Escape Trial