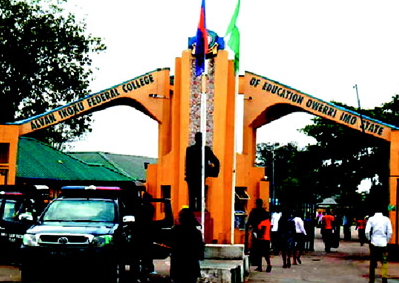 A middle aged woman would have died in Owerri Imo State today if not for the prompt intervention of the officials of Imo State Police Command.

The unidentified staff of Alvan Ikoku College said to be in her early 40s today climbed a water tank as tall as a 3-storey building and threatened to jump down.

She was heard shouting on top of her voice that she was frustrated and tired of life.

Eyewitnesses and neighbours immediately contacted Imo Police officials who pleaded with her around 6:30 am today.