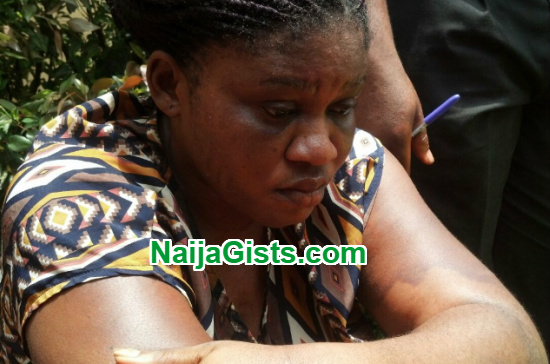 This big madam was among the 53 criminals paraded at Asaba Police Headquarter over the weekend.

According to police report, 32-year-old Nwakama Abigail popularly called Madam Cash was the leader of a notorious child trafficking syndicate headquartered in Asaba the capital city of Delta state.

She reportedly bought a 13-month-old baby girl, Yahaya Fatima from her agents for a sum of N3500.

The baby was abducted by two of her agents before they implicated a Pastor, Chinedu Strongson in Anambra state.