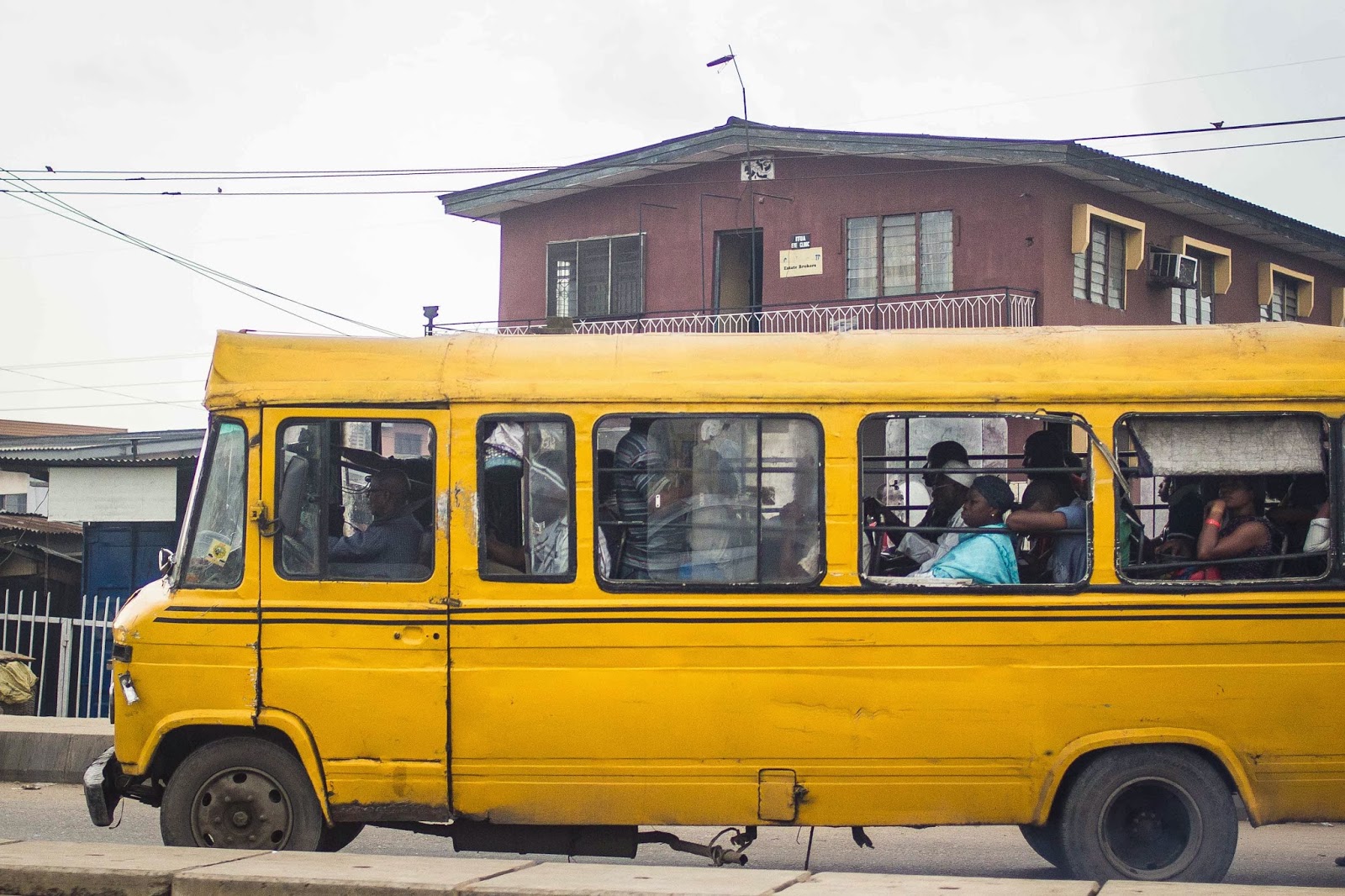 May 13, 2014 – Woman Disappears After Collecting N50 Cash From Passenger In Ikotun, Lagos Bus

This story sounds like a film trick but it happened in real life yesterday in Lagos State Nigeria.

The bizarre occurrence we learnt happened in Ikotun area of Lagos state Nigeria around 6:40pm on Monday evening when a woman volunteered as the bus conductor on a commercial bus (danfo).

Since the bus driver has no conductor, the woman in question allegedly volunteered to collect transport fares from the passengers.

To cut the long story short, she collected N50 from an old man sitting at the back of the bus and as she was about to give it to the driver, she started shaking like someone battling epilepsy.

You know Nigerians, everybody started shouting on the man who handed the victim N50 to undo what he did to her. The man asked them to allow him to rob her breast to get her back to normal and as he was doing that, he disappeared with the lady.

The sudden disappearance of the two passengers caused serious commotion as all the passengers and the driver took to their heels.

Here is an eyewitness account of what happened yesterday:

My aunt just came back and she is shaking seriously for she witnessed a strange incident some minutes ago. She boarded a bus from her office to drop at Ikotun this evening and unfortunately the bus had no conductor so one woman – one of them (passengers) decided to play the good Samaritan by helping the driver collect the t.fare from passengers.

Everyone co-operated and paid o except for one old man like that. Eventually he brought out his N50 and gave the woman to give the driver. Immediately this woman collected the money, she started shaking like someone that had been hit with ‘warapa’…the shaking got so bad that the driver had to pack and everyone started shouting on the old man to undo whatever he had done to the innocent woman after all it was after she collected the money from him that she began shaking. The old man now said they should let him rub the woman’s breast so that the shaking can stop. While rubbing her breast, they both disappeared like film trick. Everybody in the bus shouted and scattered o, even the driver fled o. You needed to have seen the commotion. Please help warn Nigerians to be careful, all these kidnappers keep devising new methods everyday, only God knows where that woman is now”

This is very strange…

Please pass this to everyone you know may God deliver us from these evil kidnappers.