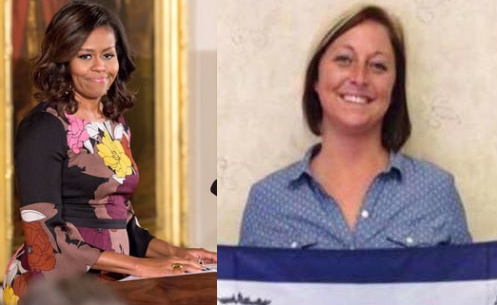 An alleged racist Mayor of West Virginia who called Michelle Obama an ape in heels on Facebook has tendered her resignation.

Mayor Whaling got in trouble for encouraging another racist, Pamela who called Michelle Obama an ape in heel. 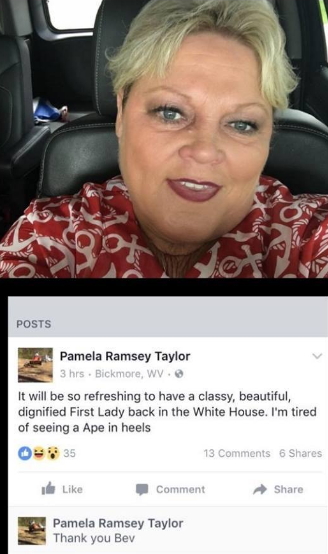 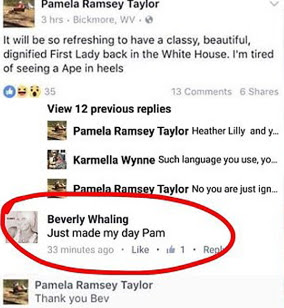 Whaling tendered her resignation yesterday in a council meeting after all her attempts to defend herself failed.

Clay Town Council member Jason Hubbard issued a brief statement condemning the “horrible and indecent” post and said racism and intolerance “isn’t what this community is about.” He apologized on behalf of the town to Michelle Obama and anyone who was offended.

Racism has eaten deep into the Oyinbo society of nowadays.

Why can’t these people find something positive to do instead of exhibiting hate towards people of colour?

Continue Reading
You may also like...
Related Topics:ape, Michelle, Obama, us mayor