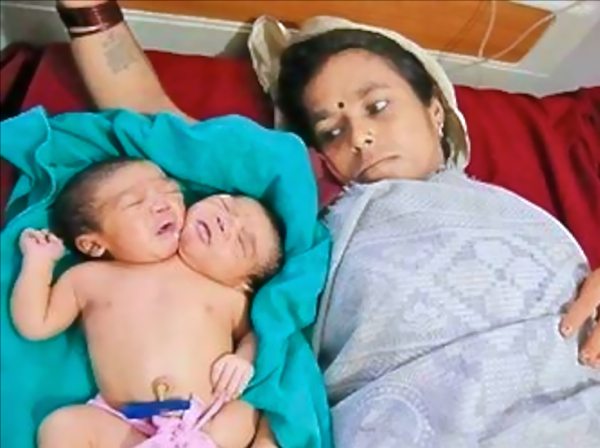 The baby girl with obvious birth deformities was delivered at Aashirwad hospital and Research Centre after a major operation.

The baby girl has two heads with one neck on one body. In addition to the two heads, she has several legs and she is crying with both her mouths.

According to a senior doctor at the hospital, the condition is referred to as Congenital anomaly which happens to one in several children due to a genetic disorder.

The father of the baby girl, Tilakdhari Yaday said she is his 6th child.